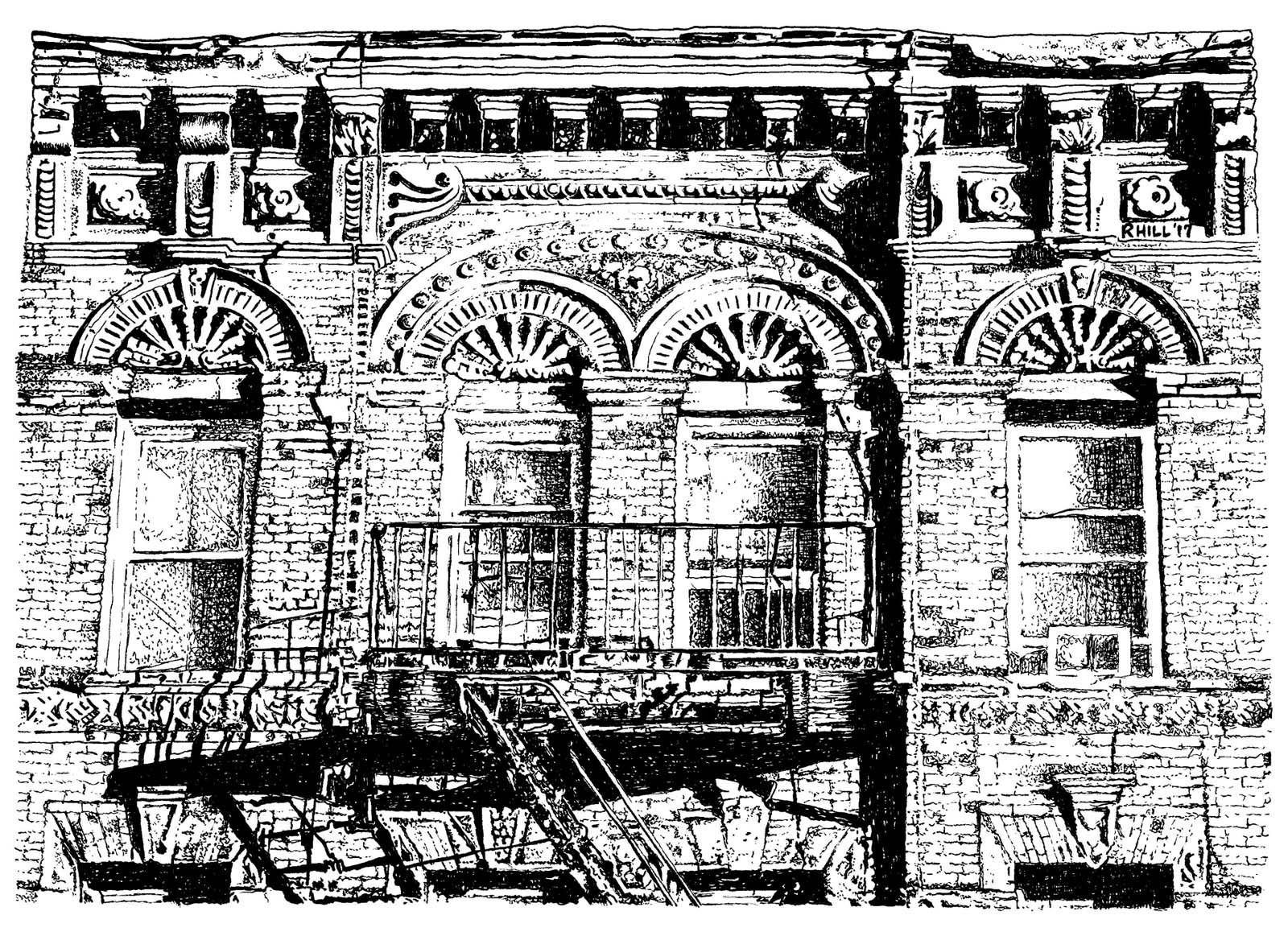 Robert Hill entered Hendrix College intending to earn a Creative Writing degree. While he actively created art in his spare time, he never considered it a viable career path. But after taking a painting course during his freshman year, Hill knew art would become his main academic focus.

Hill loved having access to studio space from early morning until midnight. He worked alongside professors Don Marr and Bill Hawes to thoroughly cultivate his artistic interests and to explore a variety of mediums, from cartooning to pottery. After graduating in 1976 with a Studio Art degree, Hill moved to New York City, at the advice of Bill Hawes. He only planned to stay for five years, just long enough to explore the city’s art scene, but never actually left.

Hill attended New York’s Center for Media Arts, where he spent a year studying television production. He then began working for a video post-production house, creating animated television commercials. These were nationally tested and would become live, broadcasted commercials if they performed well. After leaving this position, he completed freelance work for Saturday Night Live, ABC, NBC, CBS, and PBS, plus worked at most of the video post-production facilities in New York City. He then earned a full-time job with CBS, where he worked for 20 years.

Hill is also the founding member of Robert Hill Band, a blues band based in New York. He has released several albums with the group and was recently inducted into the New York Blues Hall of Fame. In addition to winning a number of awards for his songwriting and slide guitar work, Hill has shared the stage with Levon Helm, Rick Danko, John McEuen, Kim Simmonds, and numerous other musicians. He has also worked on a number of music videos, most notably The Cars’s award-winning video “You Might Think.”

524 9th Ave is from a series of New York landscapes that Hill captured with pen and ink, a medium he first used at Hendrix. He walked by this particular building for 20 years while working at CBS. The structure’s earth tones, faded greens and browns, always caught his eye, as did the intricate architectural details. Hill created this drawing, an homage to the building and the city which he called home, from a photograph and still considers the work one of his favorites.