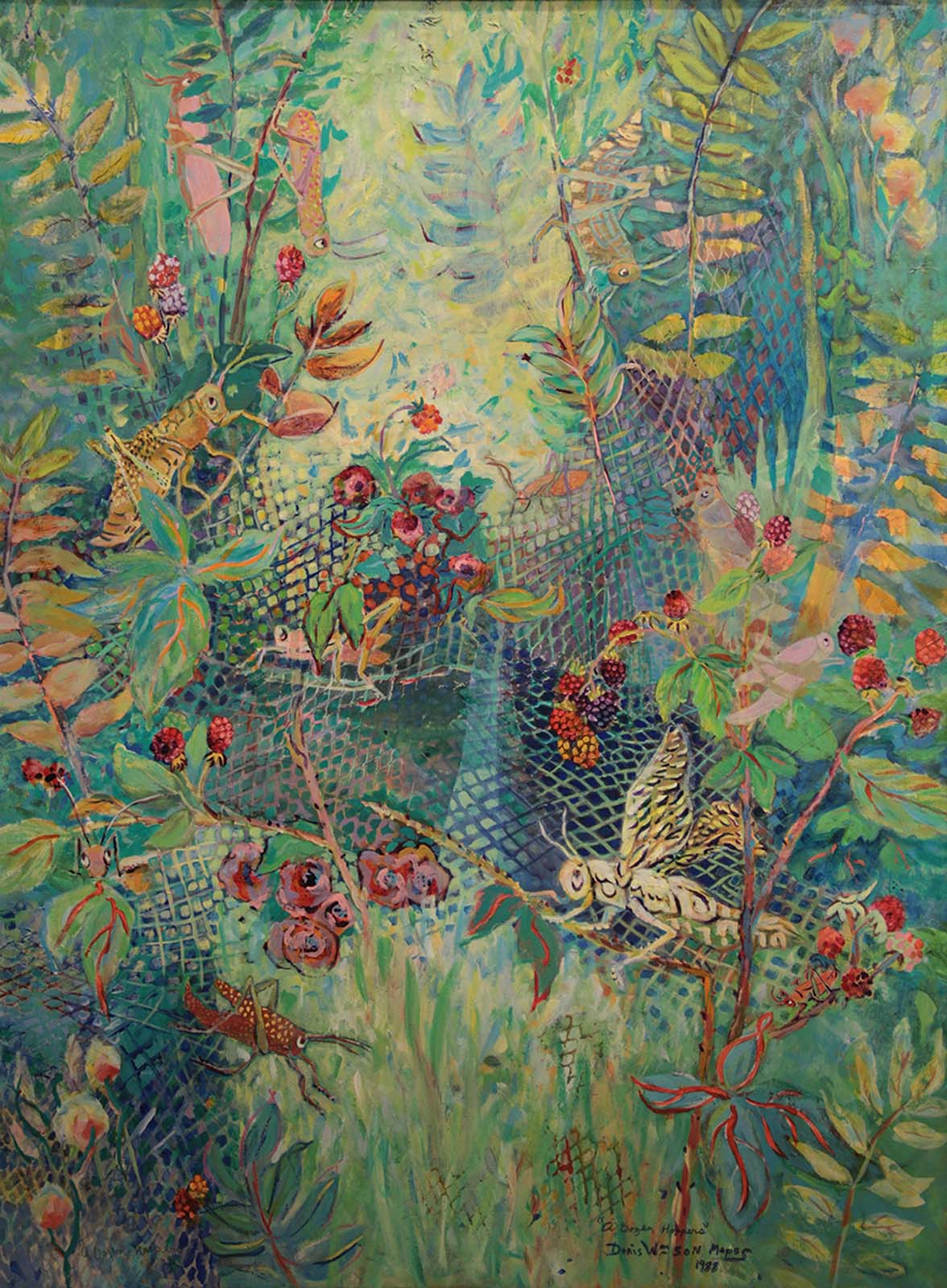 Doris Mapes grew up in Russellville, Arkansas during the early 1920s. At the age of eight, the Denver Post recognized Mapes as their “Artist of the Month” for a pen-and-ink drawing she submitted to their monthly children’s art competition. In 1939, she attended Little Rock Junior College (now the University of Arkansas-Little Rock) and earned an associate degree. She later studied art at Hendrix College and completed a watercolor program at the Rex Brandt School of Painting with artists John Pike and Edgar A. Whitney.

In the 1960s, Mapes studied design and encaustic painting at the Arkansas Arts Center under Townsend Wolfe. She also studied advanced painting with Edwin Brewer at the Adrian Brewer Studio in Little Rock, Arkansas. In 1970, Mapes founded the Mid-Southern Watercolorists with four other artists and was elected the organization’s founding president.

Mapes’s work appears in over 400 public and private collections across the nation. During Bill Clinton’s presidency, her work Lakeside Lilies, one of Hillary Clinton’s favorite paintings, was displayed in the White House.