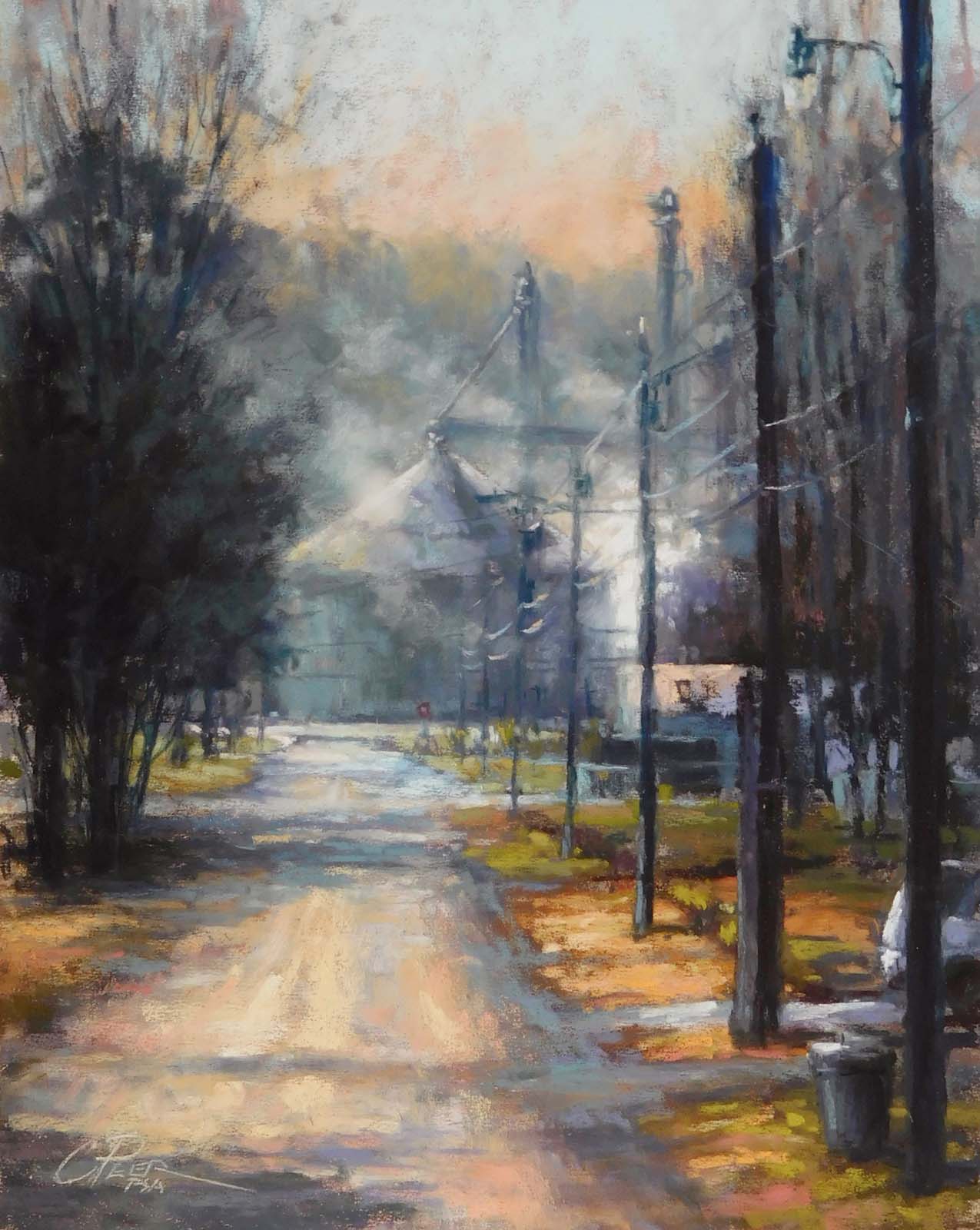 Charles Peer attended Hendrix College in the early 1970s, when Professors Don Marr and Bill Hawes ran the Art Department. In addition to taking art courses, Peer sang in the Hendrix choir and earned a teaching certificate, allowed him to serve as an Artist in Resident for the Van Buren elementary program. Peer graduated in 1975 with a B.A. in Studio Art and went on to receive an M.F.A. in Painting and Drawing from the University of Arkansas-Fayetteville in 1979.

Peer accepted a position as an adjunct Art professor at John Brown University in 1987 and moved from Van Buren to Siloam Springs in 1990 to assume a full-time position. When he first began teaching, the Visual Arts program only offered an associate degree and had a mere six students. Shortly thereafter, the university tasked Peer and his colleague, David Andrus, with redesigning the program. By the time Peer retired in 2018, the Visual Arts department offered four bachelor’s degrees to more than 200 interested students. Peer also served as the university’s Gallery Director and was recognized with its Faculty Excellence Award in the spring of 2017.

Peer found inspiration for A Working Monday while attending his granddaughter’s basketball game in Watts, Oklahoma. Peer, whose art celebrates moments of beauty in overlooked spaces, wanted to render the landscape’s simple beauty in pastel. The work is not an exact documentation of the scene, but rather an interpretation of the “extraordinary within the ordinary.”

Color is a foundational element in the piece and in Peer’s art as a whole. He considers color “an incredible vehicle for expressing mood and beauty,” and emphasizes interesting color passages so that they become central features of the painting. A Working Monday demonstrates a particular interest in the nuances of color shifts and color interaction, especially visible in the ground and sky.