Home » Art » All Hail Queen Allie of the Art Building

All Hail Queen Allie of the Art Building 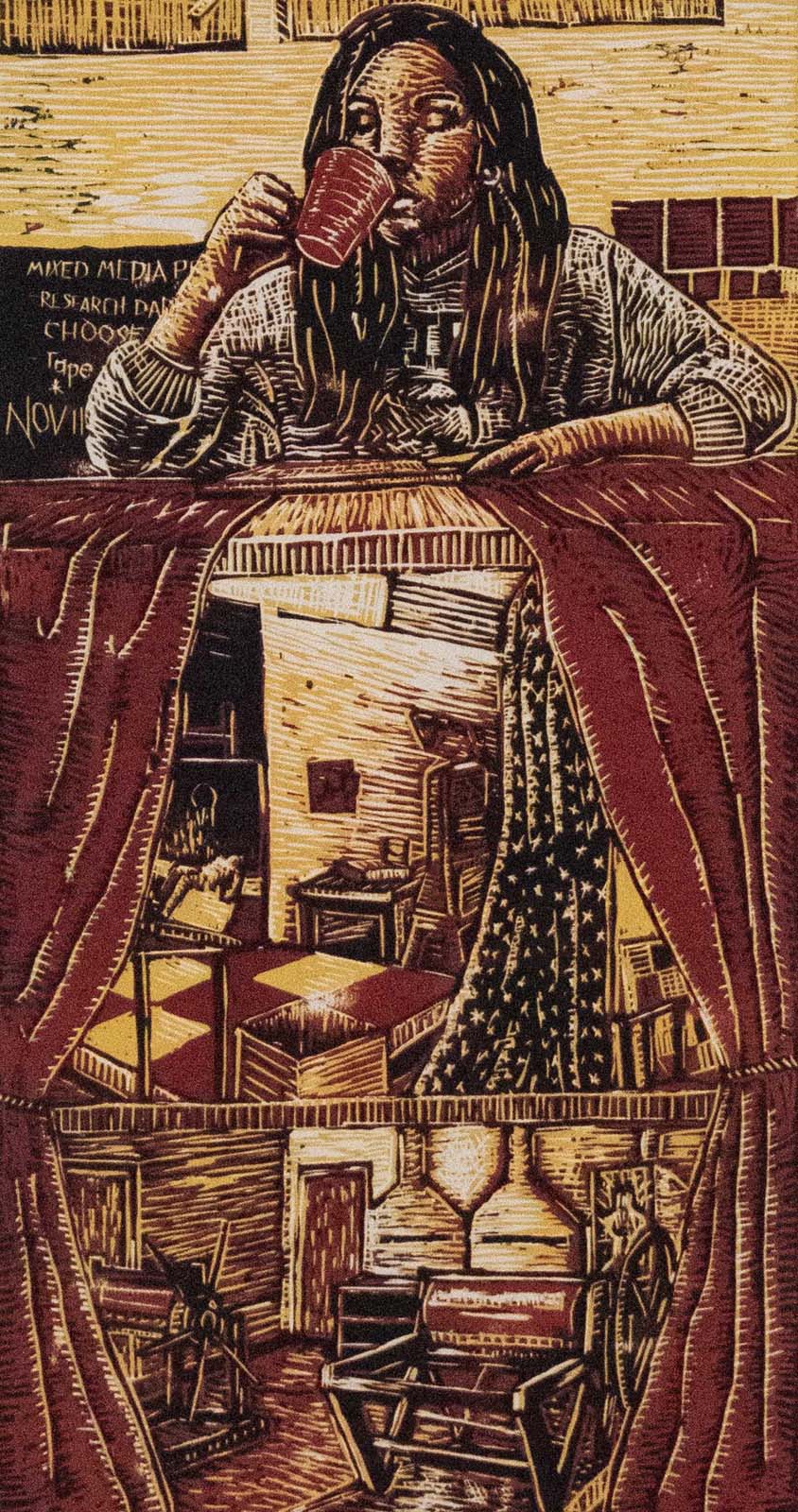 Carmen “Allie” Thompson knew she wanted to attend Hendrix College after participating in Arkansas Governor’s School. She felt at home on the Hendrix campus and always wanted to attend a small school, so the college seemed like a perfect fit.

Thompson entered Hendrix knowing she would be an Art major. She came from a family of artists and, after winning an art contest in 4th grade, decided she would become one too.

At Hendrix, Thompson worked closely alongside Professor Matthew Lopas, who she considered her primarily influence and supporter. When she was not studying painting with Lopas, she could likely be found taking a printmaking course with Professor Melissa Gill, whom Thompson also considered a mentor. She also served as president of the Art Club and organized events like a body paint fashion show for her fellow students.

Thompson spent so much time in the Art complex that it became a second home. On many occasions, another student would enter the building and express surprise upon seeing her still working in the studios. When they asked if she ever actually left the complex, she would respond “I’m the queen of the building. Don’t you know that?”

This joke was the inspiration for All Hail Queen Allie of the Art Building, which demonstrates the intelligence and wit characteristic of Thompson’s art. The piece also contains elements of mystery and chaos, which highlight Thompson’s dedication to representing how she feels rather than what audiences expect to see. This subversion of expectation augments the visual interest of her compositions.

Thompson graduated in 2012 with a Studio Art major and Spanish minor. She then spent a year in Buenos Aires, Argentina with fellow alumnus Grace Bernhardt, teaching English and exploring the city. After returning to the US, Thompson exhibited art throughout Little Rock and taught printmaking at the Arkansas Arts Center. In the spring of 2018, she returned to Hendrix College for a semester to teach Beginning Drawing.

Allie Thompson passed away in January of 2020, leaving behind a impressive body of work and a multitude of supportive friends and family. This past year, Thompson earned a full scholarship to attend the University of Arkansas at Fayetteville’s highly competitive MFA program. She will receive her degree posthumously this fall.

Heartspeak: Too Much Heart
Patio