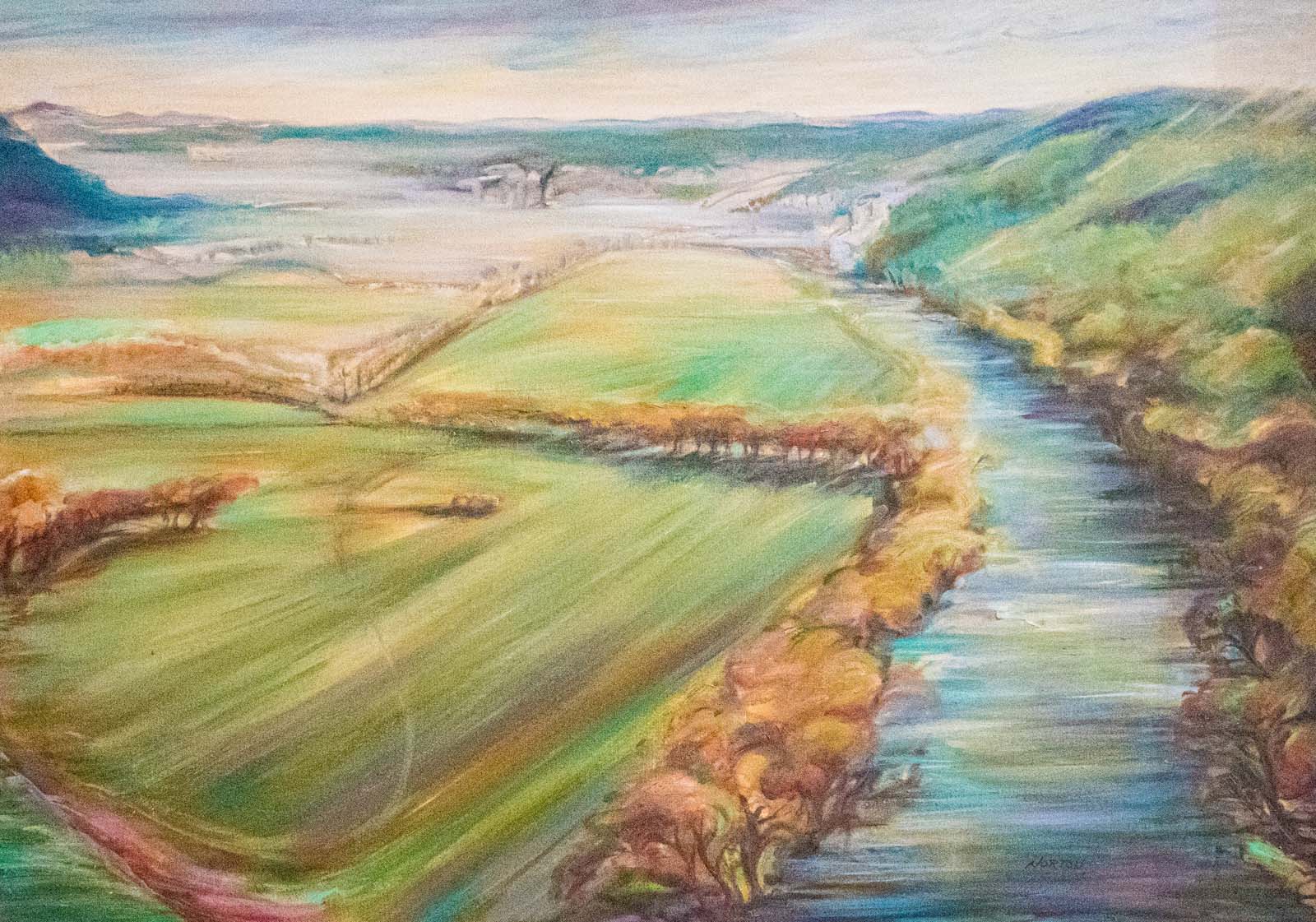 Ferris Wendel Norton was the son of two Hendrix College graduates. His father was an artist and Methodist preacher, who particularly encouraged him to attend Hendrix. His persuasion proved effective when Norton enrolled in 1969.

As a Hendrix student, Norton studied under professors Don Marr and Bill Hawes, reaping the benefits of their two distinct approaches. He worked in a variety of media, including painting, etching, woodcut, photography, and sculpture. He also used silkscreen equipment to create t-shirts for residence halls and new student orientation.

Norton graduated in 1973 with a B.A. in Studio Art. In 1975, he married fellow alumnus Elizabeth Ragsdale (’75), and the couple moved to the Ozarks. Even though the Buffalo River was part of their backyard, it remained a special space for the Nortons, where they would celebrate anniversaries. Wendel Norton painted Arnold Bend View along the river at the Arnold Bend. He loved capturing Ozark landscapes and often spent weekends painting outdoors.

The Nortons temporarily moved to Dallas in 1983, where Wendel worked closely alongside alumnus Dan Rizzie (’73) creating new work. After a year and a half in Texas, the couple returned to the Ozarks before moving to New York in 1989. In New York, Norton attended the Arts Students League and studied sculpture under the New York School artist Philip Pavia. He also worked as the head conservator in an arts conservation lab, where he combined his knowledge of art history, gained from classes with Don Marr, and science.

Five years later, the Nortons returned to Arkansas and founded Norton Arts, a fine arts conservation business. In 2016, the couple jointly received the Hendrix Odyssey Medal for Special Projects for their work in the Arkansas arts scene. Wendel Norton passed away in October 2019, leaving behind an impressive legacy as both an artist and conservator.

In Our Time Alone
The Sanctuary