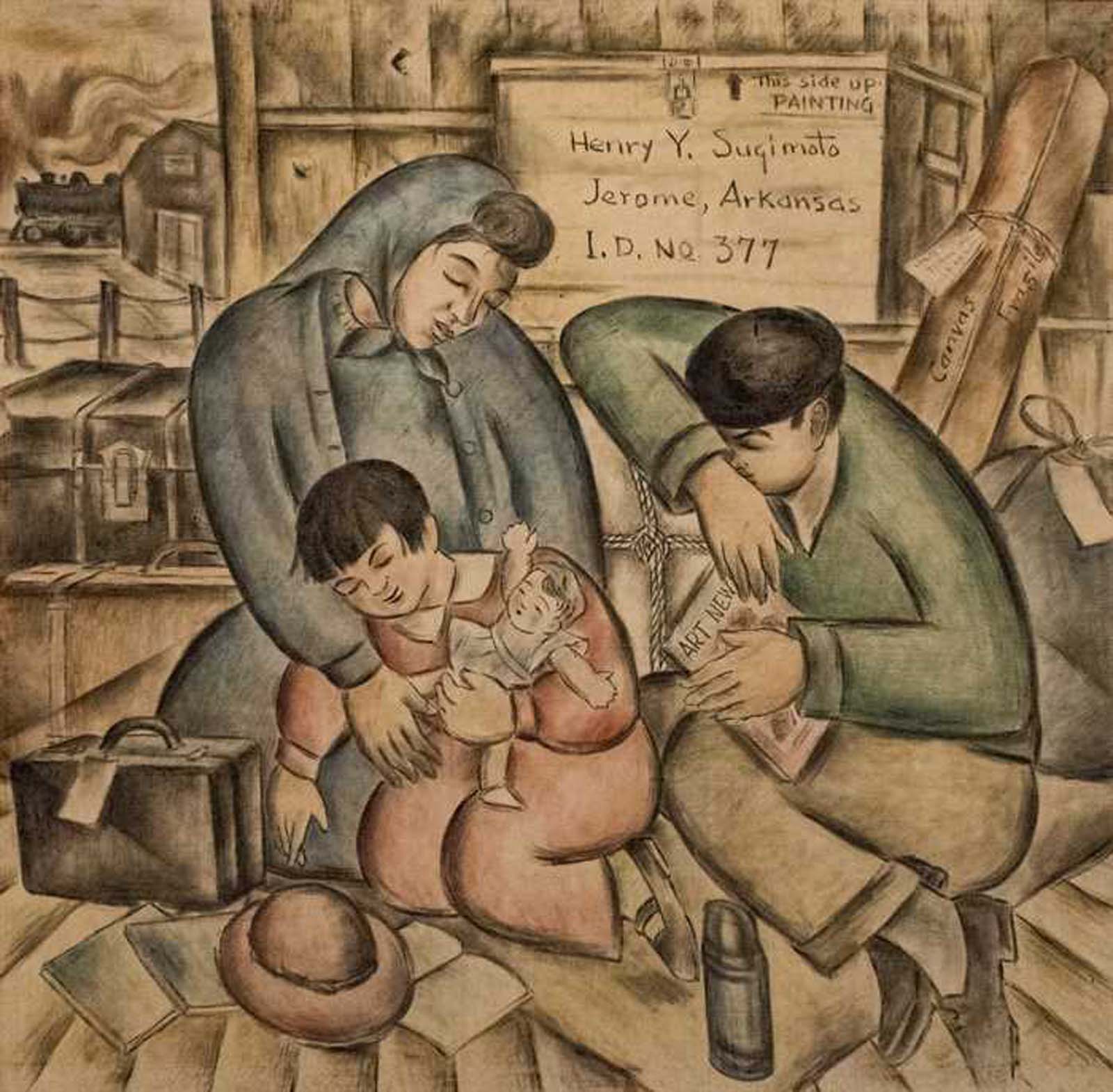 Henry Y. Sugimoto was a Japanese artist who immigrated to the United States in 1919. After graduating from the California College of Art in 1928 and spending the next summer studying and exhibiting in Paris, he returned to California to continue painting there. However, after the bombing of Pearl Harbor in 1941, Sugimoto and his family – along with over 110,000 Japanese-Americans – were removed from their homes by the federal government and forced into internment camps. The Sugimotos were relocated to Camp Jerome in southeast Arkansas in 1942, where Henry Sugimoto continued producing his art. In June of 1944, he was relocated to Camp Rohwer, also in Arkansas, where he remained until 1945.

While Sugimoto was interned in Camp Jerome, a group of Hendrix professors heard about his artistic talent and asked permission to meet with him. Sugimoto showed the group 15 works of art he had produced while interned, and they immediately recognized his immense artistic talent, asking him to exhibit a one-man show on the Hendrix College campus. The exhibition, which featured 12 of Sugimoto’s works, premiered in February of 1944. Sugimoto and his wife, Susie Tagawa, attended the show and were honored at the gallery’s reception. The show was well-received by students and faculty, partially because the exhibition opened on the same day the United States government released an official report of the cruelty experienced by Japanese-Americans within internment camps.

At the conclusion of Sugimoto’s exhibition, the college purchased Arrival at Camp Jerome, and it remains in Hendrix’s permanent collection. The work features a modernist compression of the plane merged with a triangular arrangement of figures typical of Renaissance work. The mother and child figures mirror the traditional positioning of the Madonna and Child. Sugimoto created Arrival at Camp Jerome on linen in the absence of a canvas.

After internment ended in the United States, Sugimoto moved to New York and resumed his artistic career. Many historians and art curators, interested in using his paintings as a document of Japanese-American history, reached out to the college for information about the Sugimoto exhibition years after it debuted. Sugimoto detailed his experience with Hendrix College in numerous interviews and in his 1983 folio, Henry Sugimoto: North American Japanese People in Relocation Camps. His works now reside in the permanent collection of the Smithsonian National Museum of American History and the Japanese-American National Museum.