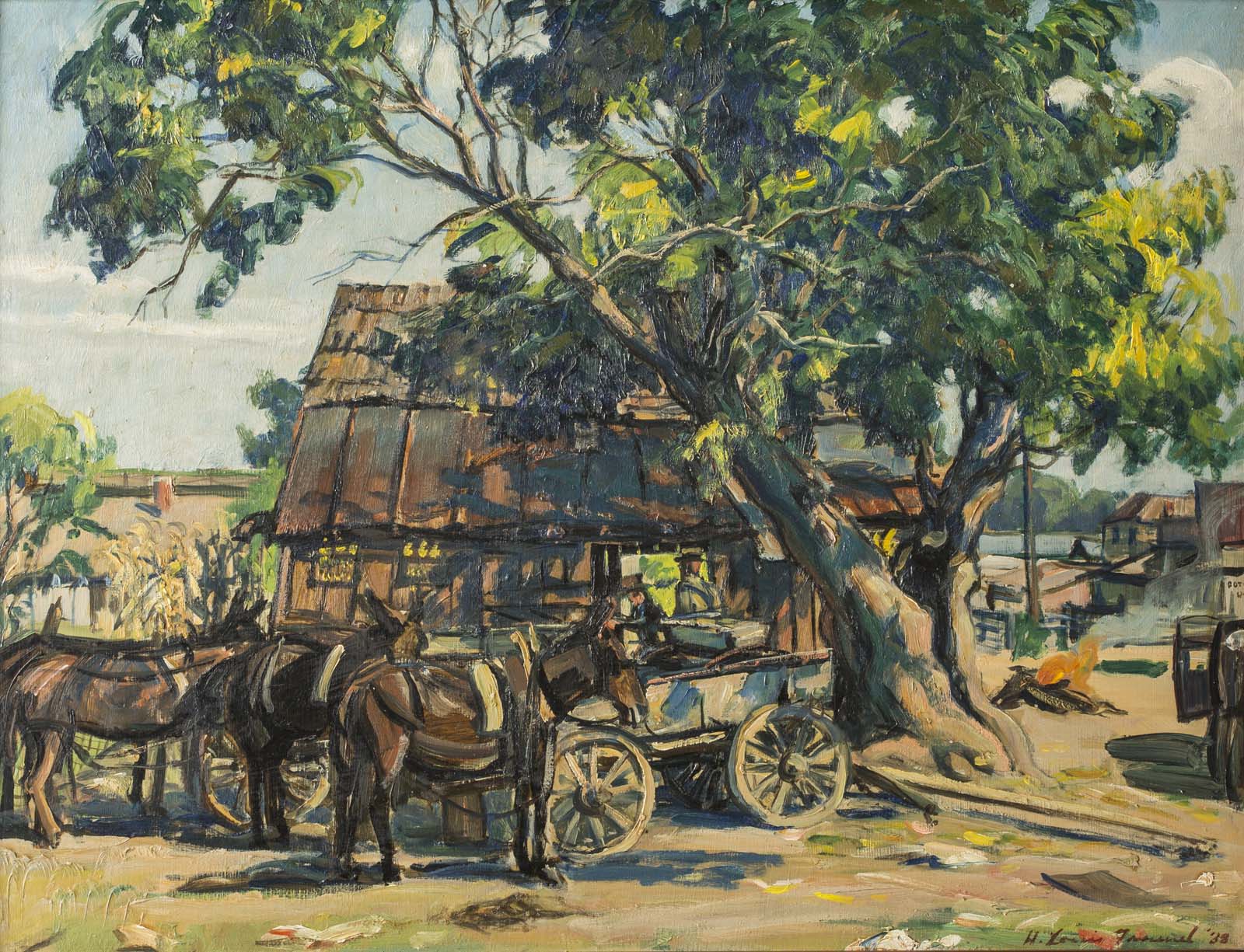 In 1938, Freund accepted an artist-in-residence position at Hendrix College, where he would serve as the first head of the college’s Art Department. In 1939, he married fellow artist Elsie Bates and brought her to Hendrix the following year. The couple worked at Hendrix until 1949, though Louis Freund temporarily left from 1943 to 1945 after being drafted into the Army. The couple transformed the college’s Art Department and are widely credited with formally establishing it as a central tenant of Hendrix culture. In 1946, Louis Freund also established Arkansas’s first all-inclusive art show, a competitive exhibition open to “any Arkansas artist now working and living in Arkansas.”

While in Conway, Freund painted Mr. Ward’s Blacksmith Shop, which depicts a blacksmithing business opened by Dave Ward in 1933. The 800 square foot building cost Ward $50 and sat on the 900 block of Harrison Street (currently the intersection of Harrison Street and Oak Street).

After the Freunds left Hendrix, both artists accepted teaching positions at Stetson University in DeLand, Florida. Louis Freund chaired the department until his retirement in 1967, when the couple returned to Eureka Springs. Back in Arkansas, he continued painting and established the Eureka Springs Art Gallery. At the age of eighty, the artist traveled to the National Gallery of Art in Washington to see several of his New Deal paintings, which had been recently rediscovered in a storage closet.

In Louis Freund, Arkansas had a tireless arts advocate who helped usher the state into the national art scene. He augmented awareness of the state’s small towns and their unique histories, leaving his mark on a myriad of artistic communities and ensuring their survival.