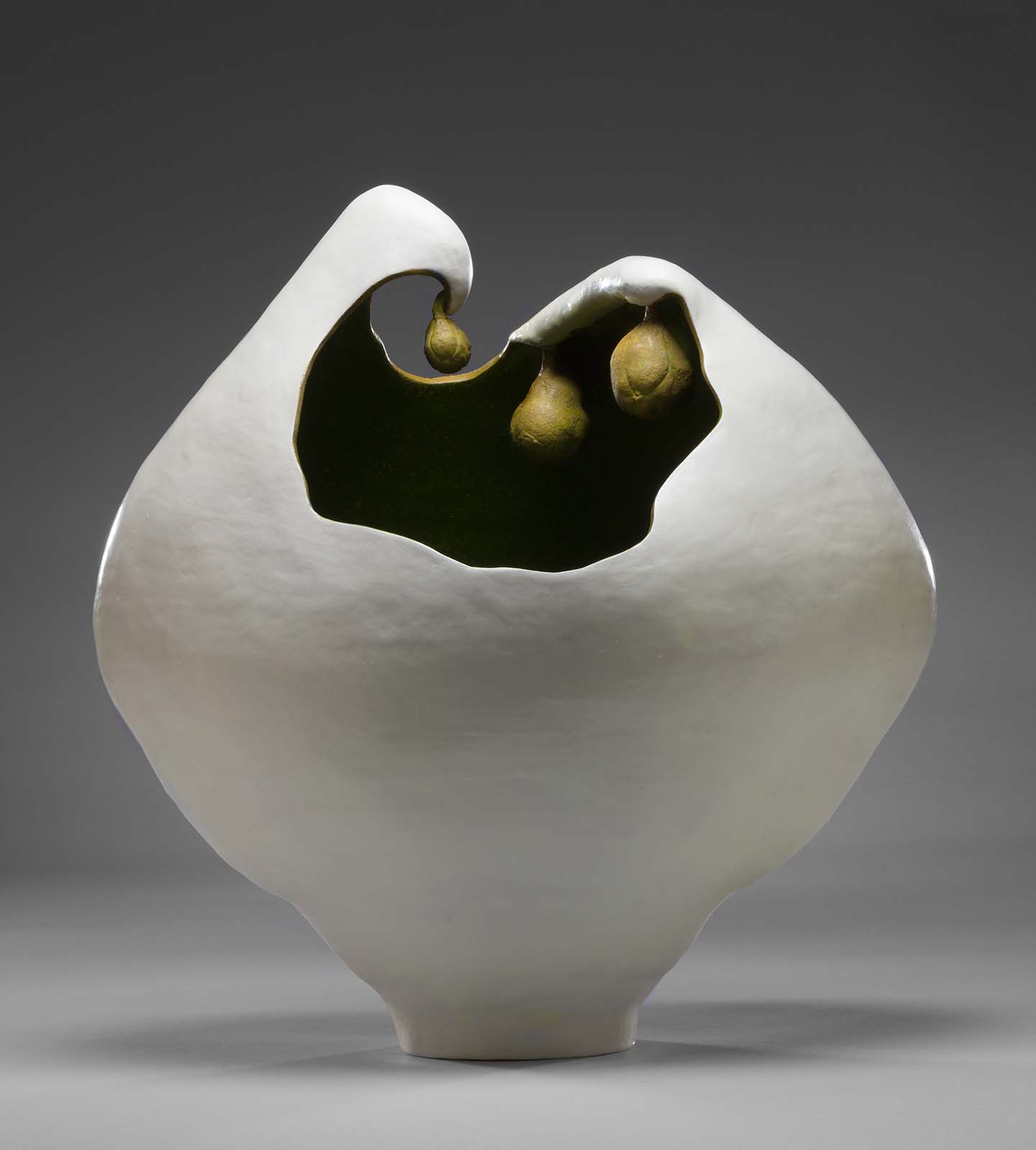 Barbara Satterfield spent much of her time at Hendrix in the Theatre Department. Though she was not actively involved with the visual arts during her years at the college, Satterfield now understands that her Theatre Arts education is integral to her current career as an artist. Making costumes, directing lighting, and building sets taught Satterfield the impact of visual context and still influences how she construct’s a viewer’s experience.

After earning her Theatre Arts degree from Hendrix in 1973, Satterfield quickly began working in the visual arts. She served as an Artist-in-Education with the Arkansas Arts Council for nine years and founded and directed Shoestring Productions for four. Shoestring Productions was a nonprofit arts education service that provided art enrichment opportunities for kindergarten to eighth grade students.

Satterfield also continued her education and earned a B.A. in Fine Arts in 1995 from the University of Central Arkansas. In 1997, she also earned a B.F.A. in Studio Ceramics from the college. Satterfield then moved to Washington D.C., where she attended George Washington University. Here, she earned an M.F.A. in Studio Ceramics in 1999 and an M.A. in Museum Studies in 2001.

Satterfield returned to UCA after completing these programs and directed the Baum Gallery for ten years. She also taught Museum Studies and professional orientation classes in the university’s Art Department. Satterfield now works as a free-lance artist and provides museum consultations through BarbaraBDesign Exhibit Services.

As an artist, Satterfield coils low-fire earthenware clay, the same process used by ancient cultures to make ritual vessels and storage jars. When she creates a new piece, she feels connected to both the earth and the history of using its natural beauty for art and inspiration.

Buckeye Seed Pods Presented replicates the form of buckeye seeds, which Satterfield’s father always pointed out to her as a young girl. The work highlights the seeds’ elegant spatial qualities and extraordinary features, bringing them forward for the viewer’s contemplation. Satterfield explores themes of instinct, adaptation, survival, and transformation, all of which imply action and evidence the hand of the artist. Through the representation of a seed pod, Satterfield physically renders both the fragility and tenacity she sees within nature, but also within herself and the human condition.