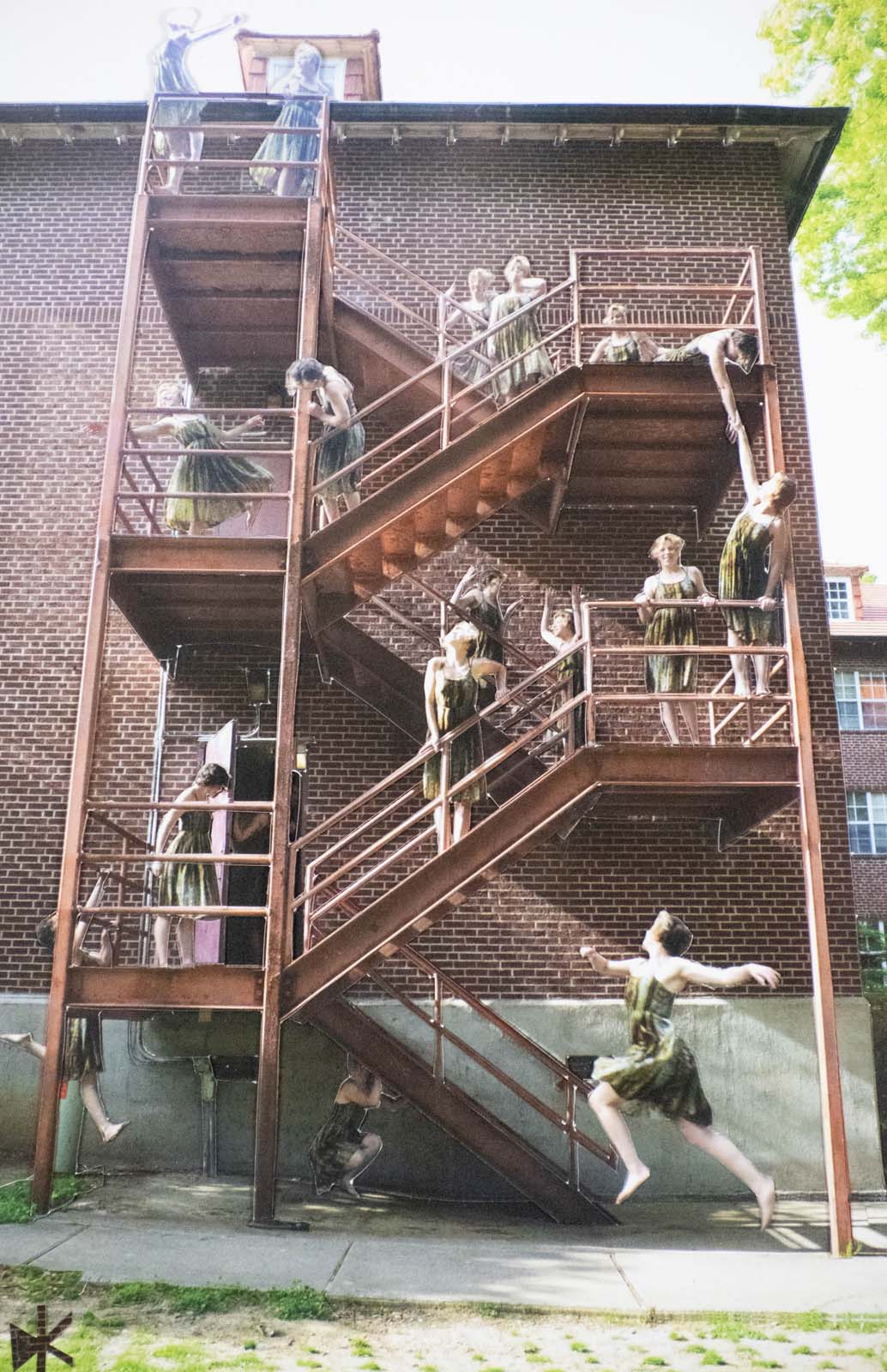 Dominique Kelleybrew was the third person in his family to attend Hendrix, so by the time he enrolled, the campus already felt familiar. During his undergraduate years, he played Ultimate Frisbee and created flyers, t-shirts, and promotional materials for the team. He was also active in Hardin Hall Council and Students for Black Culture.

Kelleybrew graduated in 2011, earning a B.A. in Studio Art with an emphasis in photography. He then accepted a staff position at Hendrix, where he worked in Career Services for two years and Residence Life for just over a year. He then began working as the college’s Assistant Director of Student Activities in 2014 and also became the Coordinator of Multicultural Student Services two years later.

Kelleybrew created Caiti the Copacetic Couchie while working at Hendrix. He met the subject, Catie Rolfes-Haase, when they were both students at the college, and he wanted to capture her whimsical spirit through photography. Because both Kelleybrew and Rolfes-Haase lived in Couch Hall their freshman year, and both call themselves “Couchies,” they chose to take the pictures on the dorm’s fire escape. Kelleybrew also loves the setting because of its strong lines and visual interest.

To create this work of clone photography, he set up a tripod and took multiple exposures of Rolfes-Haase in a variety of poses. Kelleybrew edited the best pictures together with Photoshop, creating a singular image, which he posted online. Three years later, in 2017, he printed and made the collage which appears in the exhibition. Kelleybrew’s favorite part of making these clone photos is the collaborative partnership between artist and subject.

Kelleybrew left Hendrix in 2019 to work at Apptegy, a tech startup in Little Rock. He serves as the company’s Community Director, cultivating a positive company culture and onboarding new employees.