Closed for the Summer; See you in September! 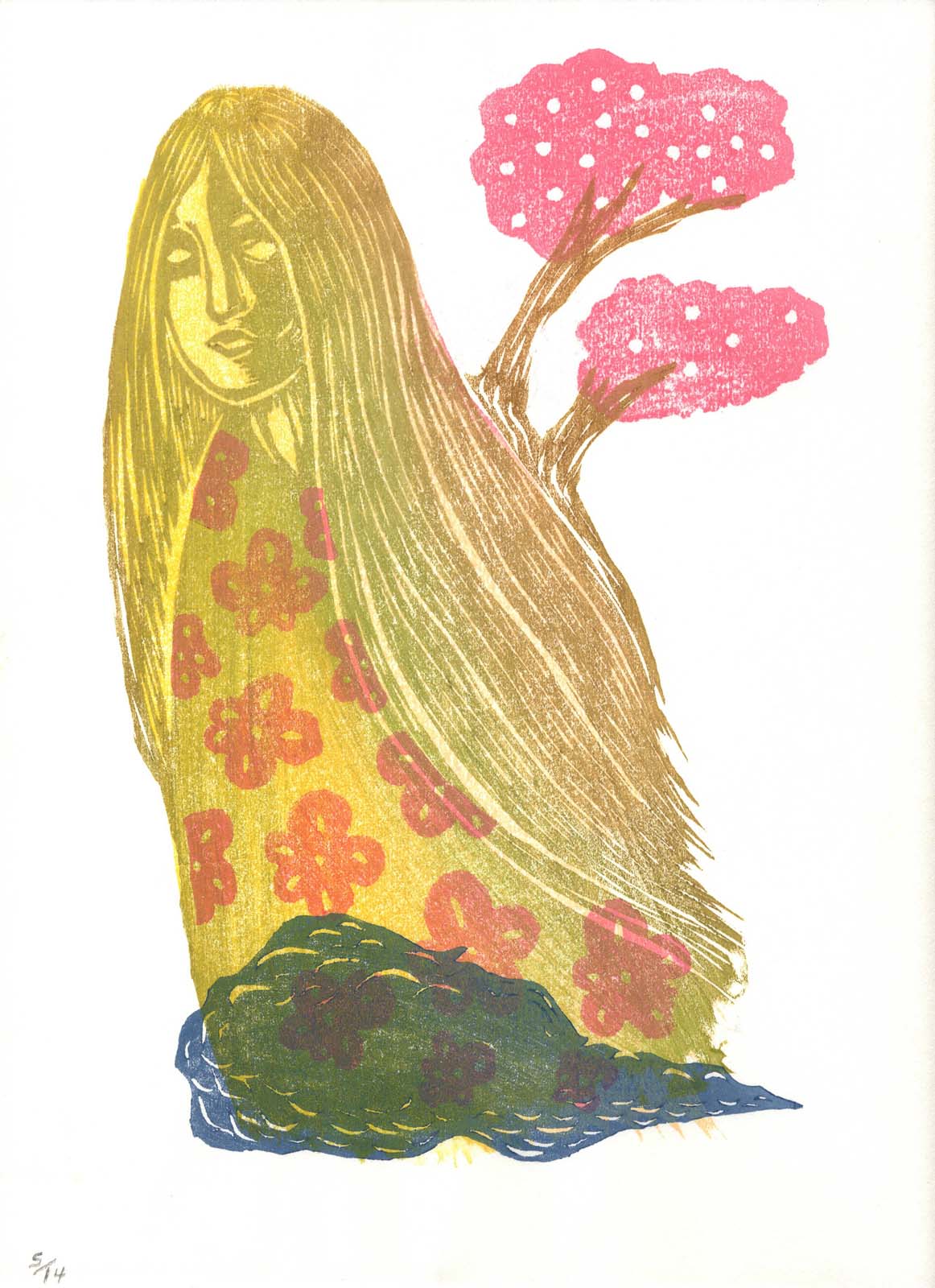 David Warren received an art scholarship to Hendrix in 1990 and took numerous Studio Art courses during his year at the college, including a Figure Drawing course with Professor Jay Anderson and an Arts survey course with Dr. Alice Hines. He appreciated the college’s liberal arts focus and the feeling that his classes were largely interconnected.

He completed his undergraduate Art degree at UA Little Rock, then earned an M.F.A. in Printmaking from the University of Arkansas-Fayetteville. He now serves as an Art professor at Henderson State University in Arkadelphia, Arkansas, where he teachings Printmaking and Art Education courses. In 2018, he received the Arkansas Art Education Association’s Art Educator of the year award, and he continues to participate in state, regional, and national exhibitions.

Cloud Blossom is a multi-color water-based woodcut, created using the Japanese Mokuhanga printmaking technique. Warren learned this skill in 2016 during an artist residency in Japan, near Mount Fuji. This technique involves printing a water-based ink on fine printing paper from a woodcut, while both the wood and paper are wet. The ink is then pressed into the fiber using a bamboo baren, a hand-printing tool that functions as a printing press.

Examining work by Japanese artists and interacting with the Japanese landscape provided inspiration for Cloud Blossom, as did studying the country’s various mythologies and religions. When creating this particular print, he drew influence from kami, sacred Shinto spirits that often take the form of natural elements like wind, trees, mountains, or rain. The female figure in Cloud Blossom is inspired by Konohanasakuya-hime (often shortened to “Sakuya-hime”), daughter of the mountain kami, Ohoyamatsumi. Sakuya-hime, in addition to being the blossom-princess and symbol of delicate earthly life, is the goddess of Mount Fuji and of all volcanoes. She resides in Mount Fuji and provides protection from volcanic eruption.

Through Cloud Blossom, Warren pays homage to Sakuya-hime and draws inspiration from her story. This print is based on a personal mythology that Warren is developing and is part of a larger body of his work.