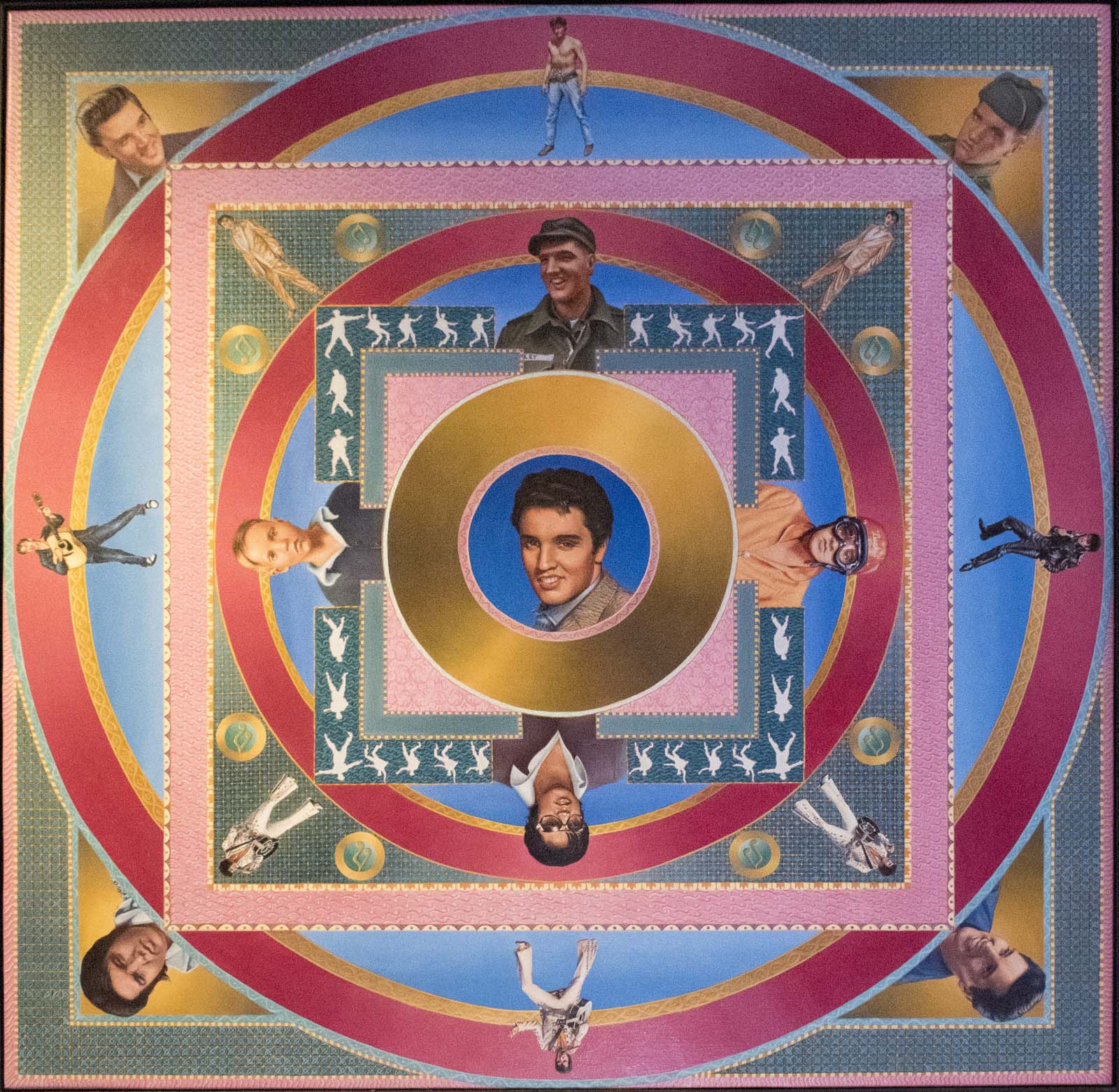 Gary Bolding chose to attend Hendrix for its campus culture. He liked that there was no Greek life or football team, and he found the student body progressive compared to others in the state. Bolding did not enter Hendrix intending to study Art. He had not taken an Art course since the seventh grade and did not become an Art Major until his junior year. At Hendrix, Bolding says he was “an unpromising and contrarian art student” but the college nevertheless allowed him to develop a passion for the visual arts. He graduated in 1975 with a BA in Art.

After graduation, Bolding moved to New York City, where he studied at the Art Students League of New York and the New York Academy of Art. After earning his MFA at Brooklyn College, he moved to DeLand, Florida in 1989 to accept a teaching position at Stetson University. He taught painting and drawing courses there for 28 years before retiring at the end of 2017 with the rank of Professor Emeritus.

Bolding painted The Elvis Mandala in 1993. Being once again below the Mason-Dixon line, he became interested in using imagery that he associated with the South. The inspiration for the Southern Mandala series was a visit to the Field Museum in Chicago. He was in the Tibetan Collection area watching an early film about Buddhist monks when he looked up at the ceiling of the room, which was configured in the form of a mandala. The format for the painting was instantly established.

The work should not be understood as an homage to Elvis, but rather it depicts the danger of being deified by one’s fellow human beings. This painting, like much of Bolding’s work, combines meticulous craftsmanship with a quirky and ironic subject matter.

Former Hendrix professor Danny Grace, an old friend of Bolding’s, asked Bolding if he would consider donating a painting for the lobby of Hendrix’s new Cabe Theatre. At the time, The Elvis Mandala was on exhibit at the Little Rock Convention Center. Bolding told Grace that if he would pick it up, he could permanently house it at Hendrix.

Bolding’s work has been included in over 30 solo shows and 170 group shows, including exhibitions in New York City, Boston, Miami, Germany, Austria, Switzerland, England, and Mexico. He is currently making paintings for a project called Selections from the Lester Harley Collection under four distinct pseudonyms. These painting are part of Vaselina Springs, a trans-media work about a fictional South Arkansas town. This project also includes an epistolary novella and more than forty original songs written by Bolding and recorded in collaboration with fellow Hendrix alumnus Ed Nicholson.