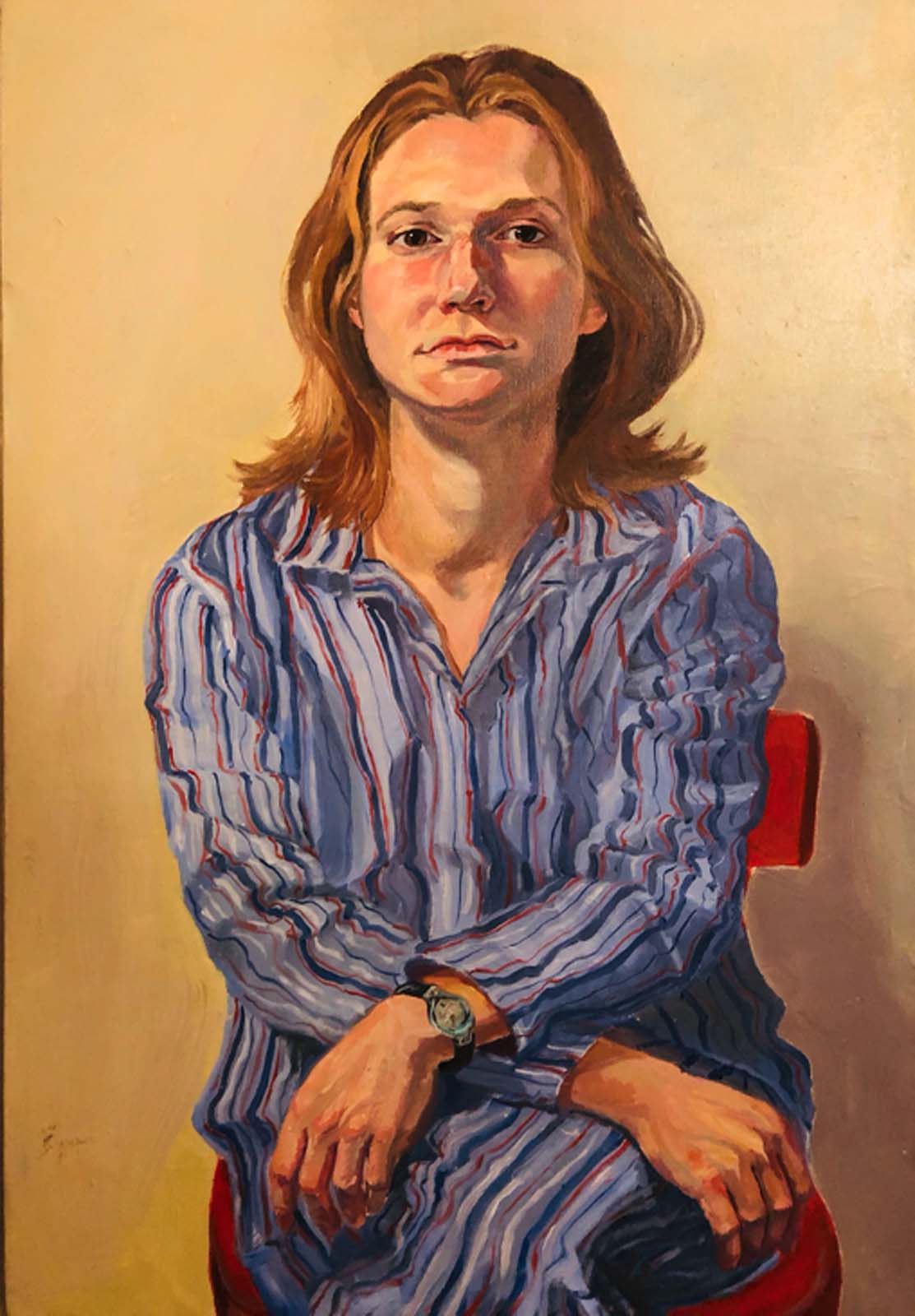 Jessica DeBari decided to enroll in Hendrix College after attending Arkansas Governor’s School on its campus. She planned study the Social Sciences and become a political lobbyist, but enrolled in Art courses to fill out her schedule. DeBari fell in love with these courses and, with encouragement from Professor Matthew Lopas, switched her major to Studio Art.

After DeBari graduated from Hendrix in 2003, she earned a master’s degree in Fine Arts from American University. During this program, she travelled to the university’s counterpart school in Rome, where she trained in classical painting techniques. DeBari painted Meili while studying in Italy. This portrait of her roommate, named Meili, was completed entirely from life over the span of three weeks. The pair would sit together in the evenings, painting in their pajamas and getting to know each other.

DeBari primarily works in portraiture, because it allows her to connect deeply with others. Painting another person requires a vulnerability and attentiveness that is unnecessary for normal conversations. It allows her to access inherent elements of the subject’s personhood, which she then represents within their portrait.