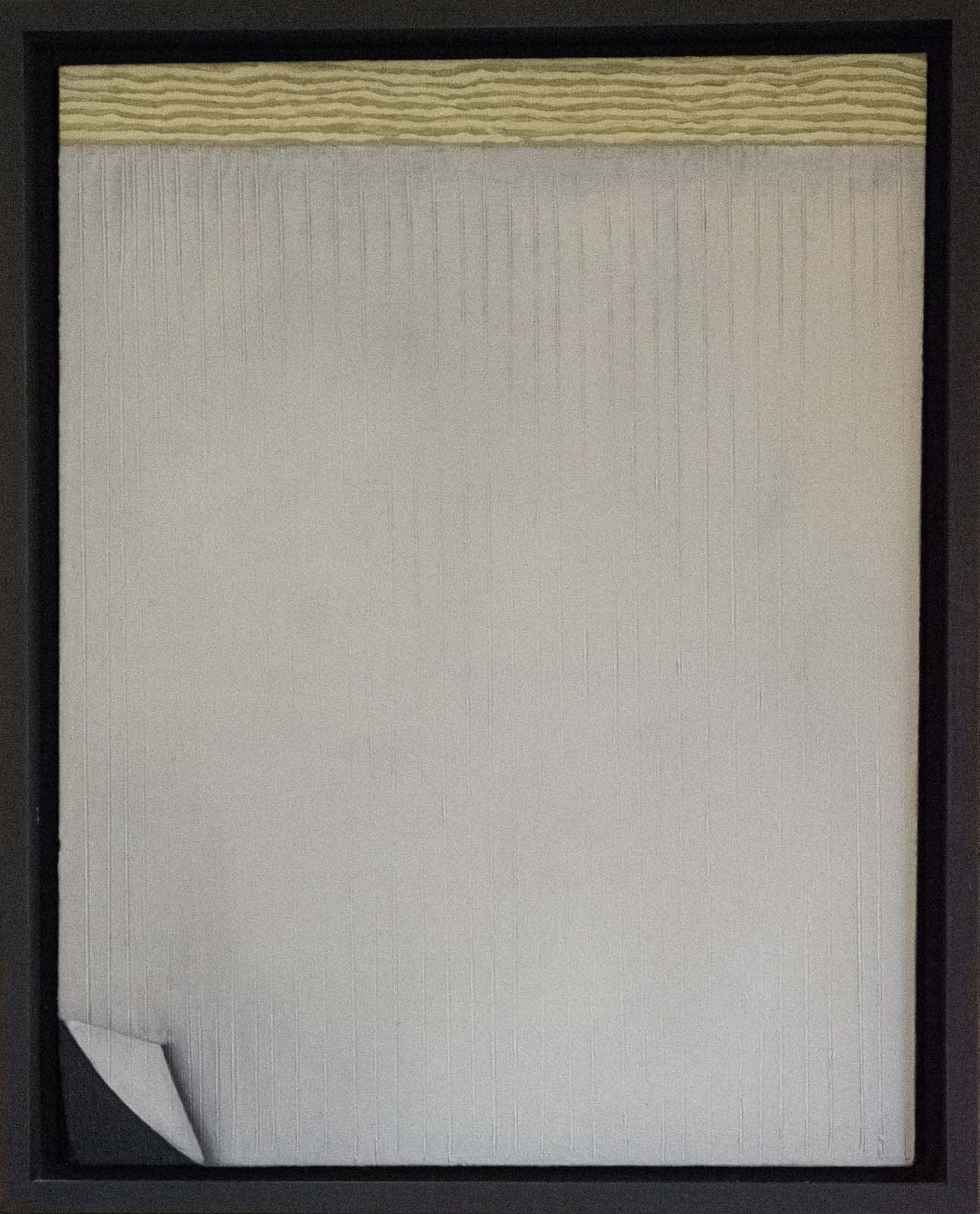 Steven Wise earned a B.A. in Art History in 1991 from Swarthmore College. After graduation, he enrolled in the University of Pittsburg’s Art History PhD program, planning to study the emergence of Modern Art in Germany and Russia. However, Wise decided he would rather continue practicing art than exclusively study it, so he left the PhD program and enrolled in the Tyler School of Art as an undergraduate Studio Art student. A year later, he attended the University of Iowa’s MFA program in Painting, where he worked closely with John Dilg. Wise says his work changed drastically under Dilg’s mentorship, only for the better.

Wise created Parchment in 1988, during his time at the University of Iowa. The work explores painting’s long history with representation and illusion, making the painting’s physical materials obvious to the viewer while also distorting reality to appear like an illusion. The piece draws particular inspiration from the shallow reliefs of trompe l’oeil paintings, which represent a scene with enough verisimilitude to deceive the viewer about the object’s material reality. Wise later abandoned this style of painting and representational painting altogether, for non-objective abstract work.

After finishing his MFA, Wise returned to his hometown of Little Rock, Arkansas. Professor Erik Maakestad invited him to teach a seminar course on contemporary art issues in the spring of 1999. The class met weekly in a study room at Bailey Library, where they discussed critical theory and interpretations of Modernism. Wise loved teaching an Art History survey course at Hendrix, because the one he took during his own undergraduate years challenged him intellectually and encouraged him to teach.