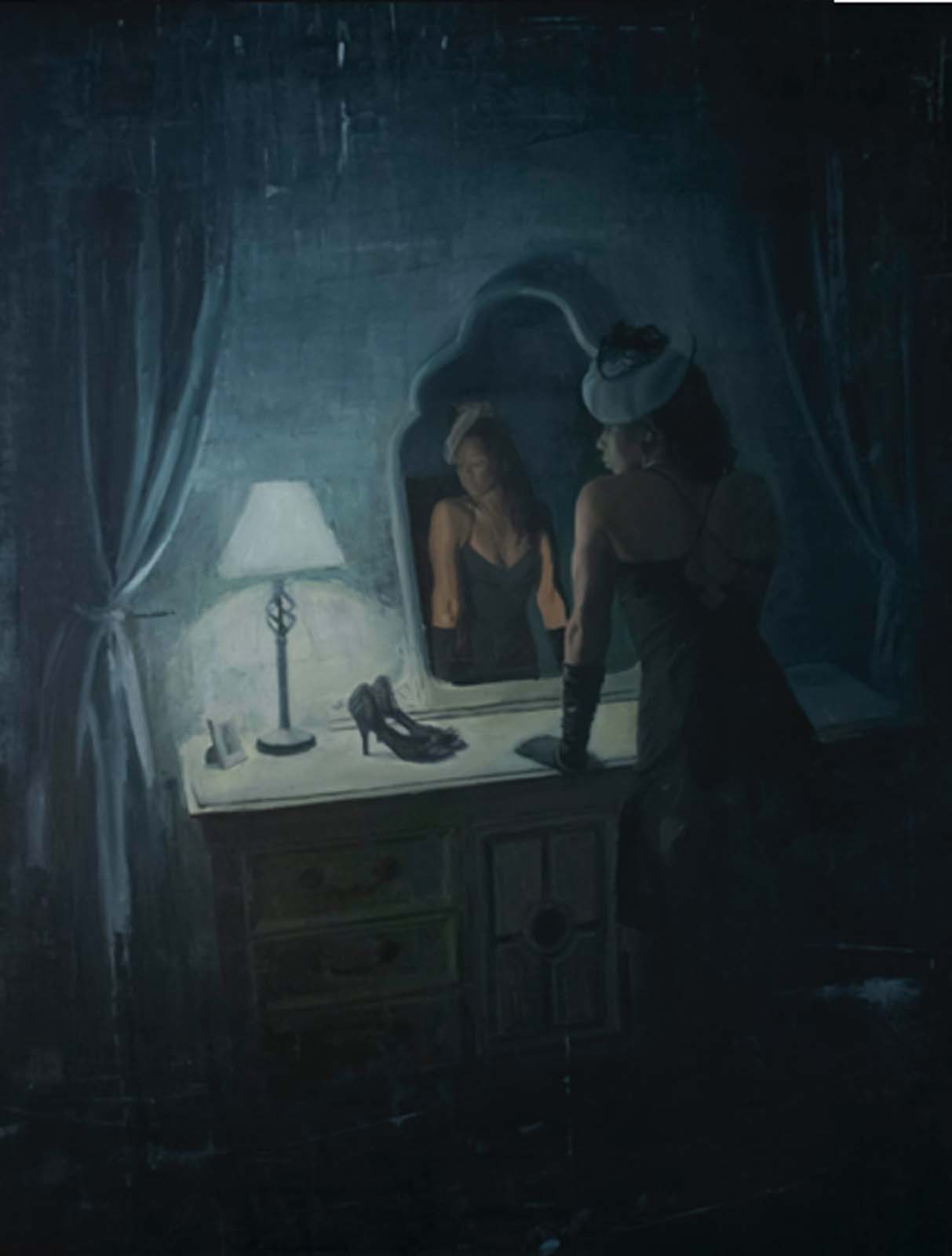 Stewart Morgan decided to attend Hendrix College after visiting the campus and experiencing its beauty. He was particularly drawn to the trees and architecture, which would become central features in the art he produced at Hendrix. As a student, Morgan spent lots of time painting, whether in the Art Complex or around the campus. He submitted work to the Aonian and participated in a variety of visiting artist workshops.

Morgan graduated in 2011, earning a B.A. in Studio Art with an emphasis in painting. After leaving Hendrix, he earned a master’s degree in Art Therapy and a post-degree certificate in Marriage and Family Therapy. He now lives in Louisville, Kentucky, where he works as a couple’s therapist and independent artist.

Reflection, created in January of 2020, was the first oil painting Morgan created since leaving Hendrix. His wife, RoShunna, a fellow Hendrix alumnus, modeled for the painting, like she used to do during their undergraduate years.

The painting draws its viewer into the female figure’s moment of private self-reflection. The caliginous setting and woman’s body language create a sense of internal pain or conflict, while particular objects in the composition indicate the presence of a larger narrative. As viewers attempt to construct meaning from the shoes, dress, and photograph on the dresser, Morgan hopes that they experience an uncertainty akin to that of the female subject. The woman’s vintage-looking clothing locates the painting in a former but familiar time, increasing its overall sense of mystery.