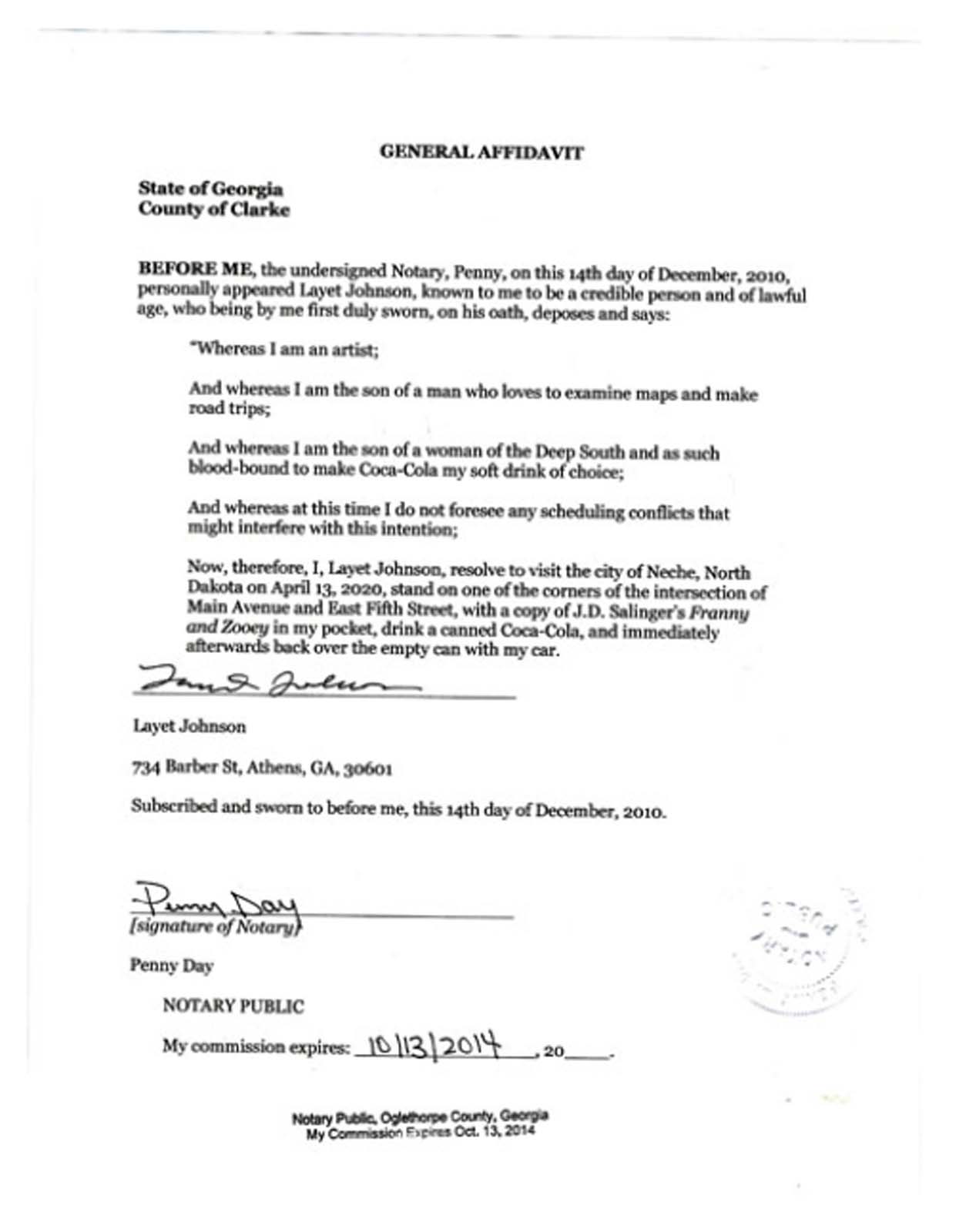 Layet Johnson connected with Hendrix College’s campus culture through his love for the Arts. He created illustrations for the Profile (the college’s newspaper), KHDX (the student-run radio station), and student-life organizations. Johnson also designed t-shirts for orientation, participated in student art exhibitions, and attended workshops held by visiting artists.

Within the Art Department, Johnson worked closely alongside Professor Matthew Lopas, who taught him the importance of constructing a democratic composition, in which every area is paid careful attention. In Photography courses with Professor Maxine Payne, Johnson learned the importance of place in constructing history and identity, while in Art History courses with Dr. Rod Miller, he learned to tie art movements to philosophy. This allowed Johnson to situate his own work within a broader historical and philosophical context. Johnson also learned the important of craft through working under Professor Erik Maakestad.

Johnson graduated from Hendrix in 2008 with a BA in Studio Art. He then attended the University of Georgia, where he earned an MFA. in 2011. Johnson studied performance art from the 1970s and the conceptual art movement. He found Dadaism and the Fluxus Movement’s Happenings particularly interesting. In this art, which foregrounded experimentation, Johnson found that art which drives conversation is self-aware, contextualized, and historical; it uses philosophy to ask, “How can I make them look?”

Resolution for 2020, Neche, North Dakota is a signed, notarized statement describing a performance to be completed ten years later. In 2010, Johnson promised to visit Neche, North Dakota in April of 2020 and to execute the steps outlined in the affidavit. With this piece, Johnson transforms time and space into artistic materials. He also highlights how central planning is to conceptual art by making it a central element of his performance.

While the work initially represented Johnson’s commitment to art, it now simultaneously laments threats to the arts, like those posed by the North Dakota Access Pipeline and the Covid-19 pandemic, which delayed the project’s scheduled completion. The work has come to symbolize the intersection of capitalist structures and world heath crises that perpetuate modern geo-political warfare.

Johnson continues to work as a conceptual artist, sign painter, and cartoonist, and is represented by Good Weather Gallery North Little Rock, Arkansas. He is also teaching Beginning Drawing at Hendrix College this fall.

The Net
I Never Wanted to be Human Sized