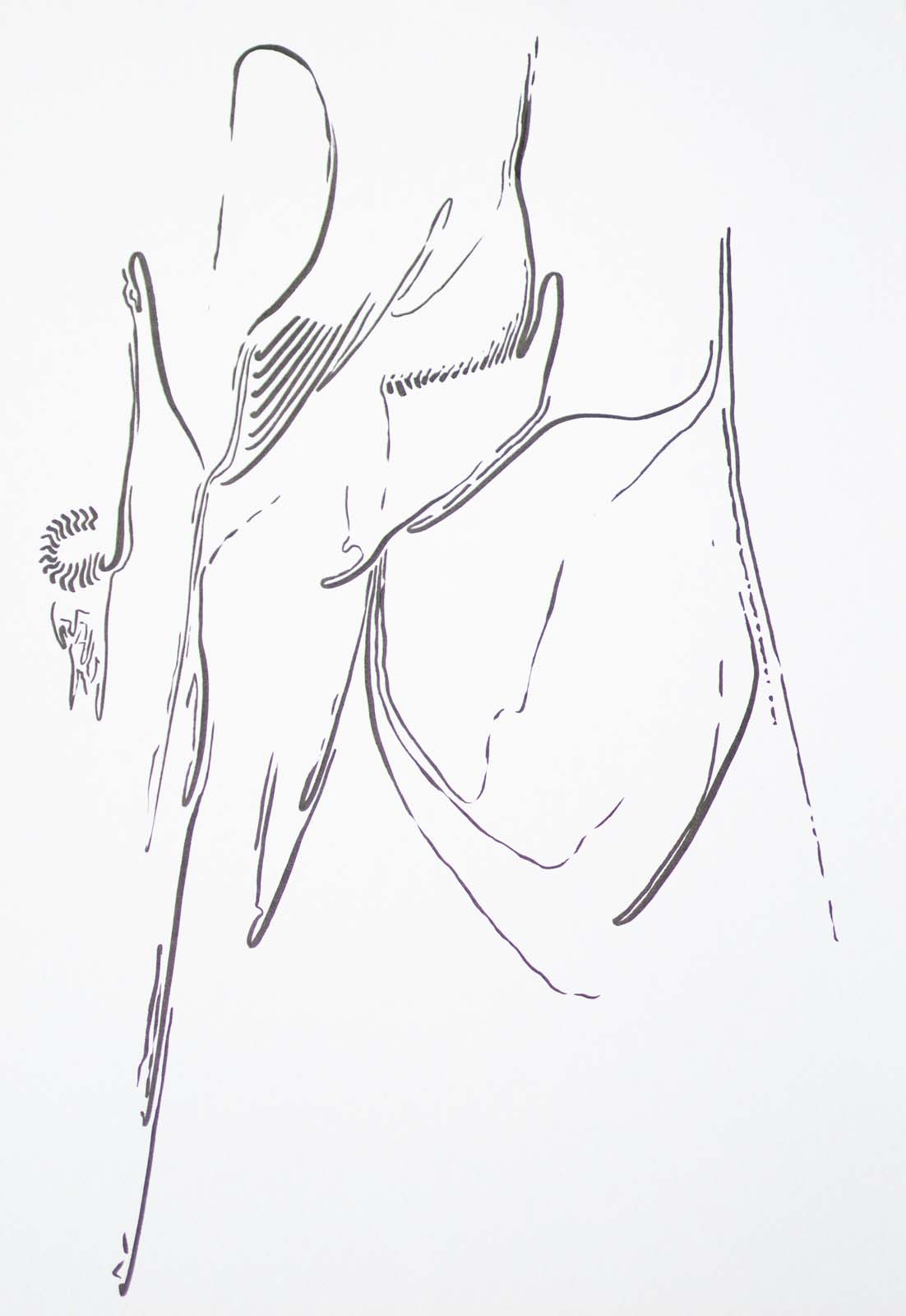 Christine Hogg wanted to attend Hendrix College after participating in Arkansas Governor’s School on its campus. She loved the small campus and sense of community, and it was the only in-state school to which she applied. While at Hendrix, Hogg took many Art History courses with Dr. Miller, including an independent study, and also participated in a symposium. Though there was no minor program at that time, Hogg says Art History was one of her primary areas of study.

Revive #3 is the third piece in a series where Hogg revisits musical tracks associated with past emotional experiences. As she plays the song – in this case “Bleeding Heart Show” by the New Pornographers – she draws lines according to how she visualizes the music, but zooms in closely enough that she cannot tell the final form until after the song ends. This functions as a therapeutic exercise, allowing Hogg to revisit long avoided songs and memories, while also reconnecting to both drawing and herself. Using pen and ink heightens this personal connection she feels to her work, requiring her hand to remain close to the paper.

Christine Hogg graduated in 2009 with a B.A. in Spanish. She now teaches GED and ESL classes at the Northwest Technical Institute Adult Education Center in Springdale, Arkansas.

Downtown Jacksonville with St. Johns River
Working Women: Brought to You by the Pill