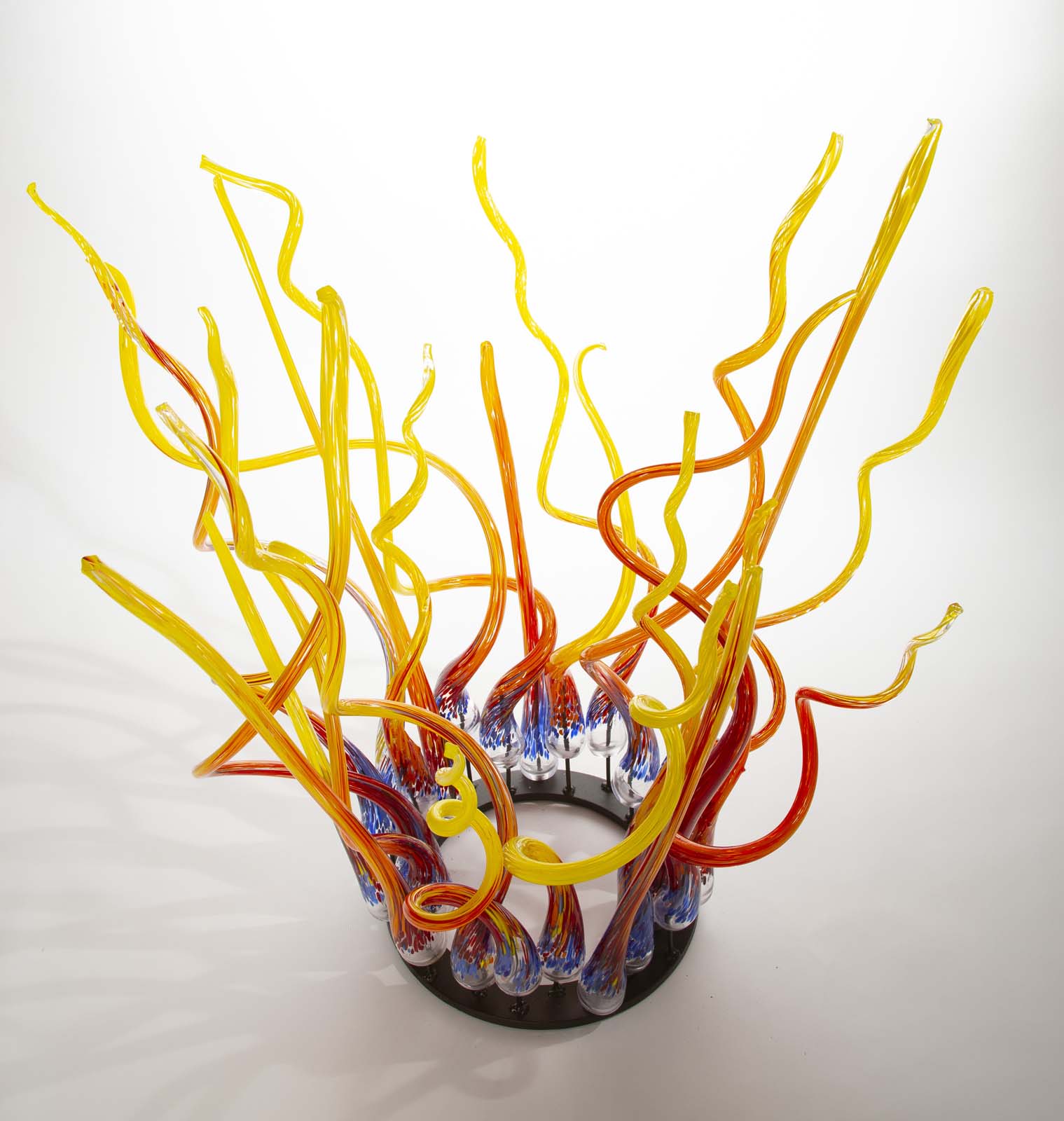 James Hayes entered Hendrix College knowing that he would be a professional artist. He enrolled in art courses with Professor Don Marr, whose instructional style gave Hayes the freedom he needed to explore his artistic interests. Though Hayes worked extensively in printmaking and ceramics as a student, his primarily focus was painting. Because the other students specialized in other media, Hayes had his own area of the art studio space, where he stretched canvases and built his own frames.

In 1986, while Hayes was a Hendrix student, he hit a hole in one while golfing at the Rosswood Country Club and won a car. Hayes sold the car and put the money into a certificate of deposit, which would later be the seed money for starting his glass blowing business. Hayes would later work in his father’s dental laboratory to earn additional money for purchasing his own equipment.

Hayes graduated from Hendrix in 1988 with a BA in Art. That fall, he began taking glass blowing courses at the Arkansas Arts Center’s Museum School. He took the class repeatedly over the next four years, sleeping on a friend’s couch in Little Rock on the weekends to do so. He has since studied glassblowing in Murano, Italy; Paris, France; New Delhi, India; the Pilchuck Glass School in Seattle, Washington; the Glass Furnace in Istanbul; and the New Town Plaza in Hong Kong.

Hayes has now been blowing glass for 32 years and owns the James Hayes Art Glass Company in Pine Bluff, Arkansas. The company, located on the site of an old dairy farm, features a workspace and showroom, which is open to the public.

During the 2006-2007 academic year, Hayes received the Hendrix Odyssey Medal for Artistic Creativity, presented by the college’s Board of Trustees to individuals whose life achievements demonstrate the value of hands-on learning and a liberal arts education. In 2010, he created a chandelier for Hendrix’s new Student Life and Technology Center, which uses the college’s signature orange as the base. The chandelier, which he personally installed, includes 220 pieces.

James Hayes created Ring of Fire for a private commission. The work, initially intended for display on a grand piano, uses a color palette inspired by horseracing, more specifically by the bright colors of jockeys’ jerseys and the saddle and blinders worn by their horses. The sculpture’s bright glass flames, which extend from a base metal ring, mirror the speed and excitement of a race. The piece’s title and perch atop a piano also draws on the work of Jerry Lee Lewis and his song “Great Balls of Fire.” Like much of Hayes’s award-winning work, the sculpture is adventurous, playful, colorful, and distinctive.