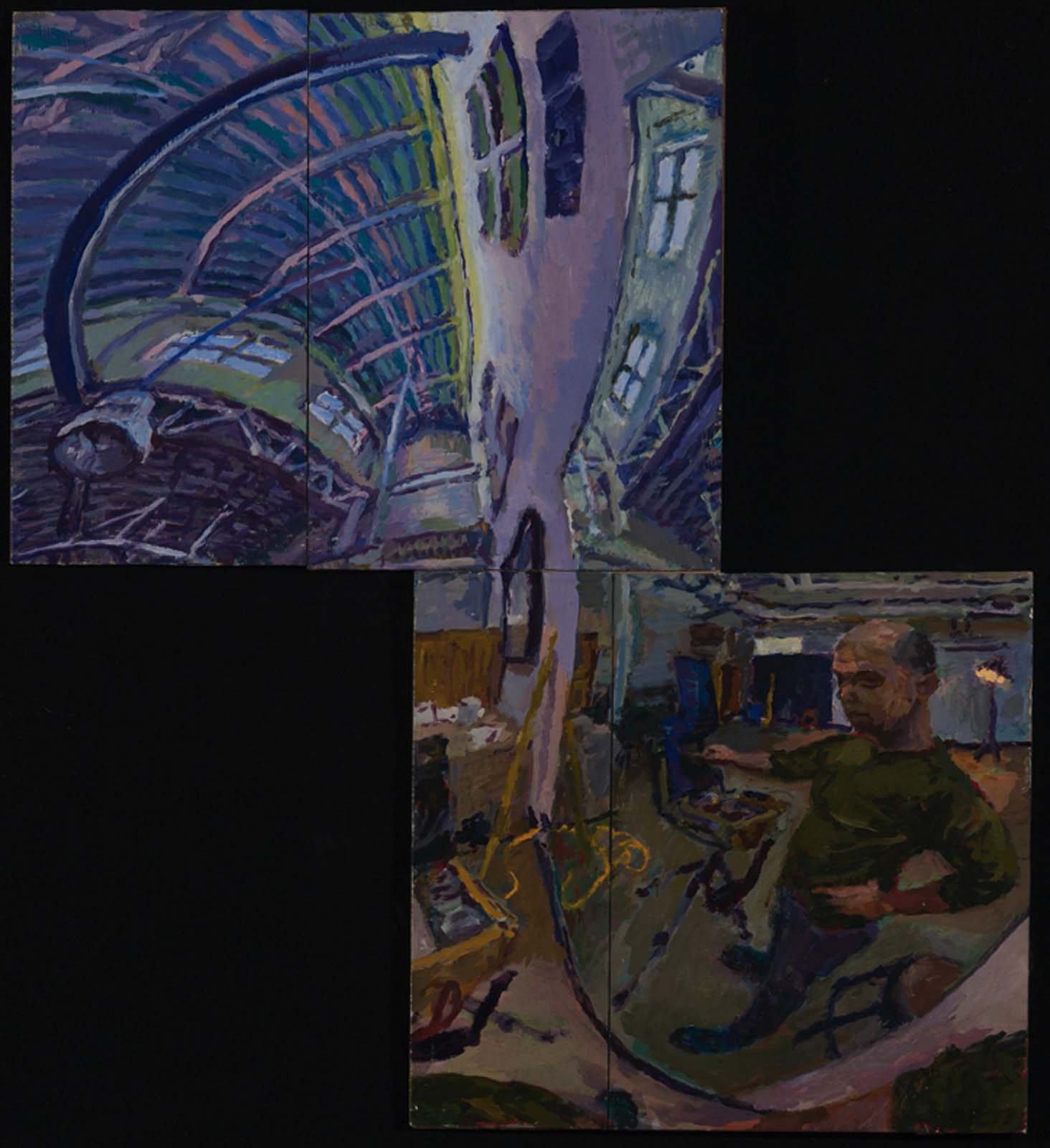 Matthew Lopas graduated from the University of Michigan in 1988 with a B.A. in Chinese Studies. He had a longstanding interest in Chinese philosophy and culture, plus had studied karate and tai chi, so the discipline felt like a natural fit. He spent his junior year in China studying Mandarin at Nanjing University with the Council for International Education Exchange.

At the University of Michigan Residential College, Lopas took several drawing and sculpture classes. After graduation, he wanted to continue taking art courses, so he enrolled in the School of the Art Institute of Chicago. He graduated with a B.F.A. in Painting and Drawing in 1991 and then enrolled at Yale University, where he earned an MFA in Painting and Printmaking in 1995.

After holding many part-time teaching jobs in Connecticut and New York, Lopas applied for a faculty position at Hendrix College. He had not heard of the school, but the job seemed like a perfect fit. When Lopas visited Hendrix for his interview, he fell in love with the campus and its culture. He started teaching at the college in 2000.

Lopas continues to teach Art at Hendrix and enjoys how the college’s small class sizes let him work closely with students in a non-competitive atmosphere.  His favorite courses to teach include Digital Drawing and History of Materials and Techniques of Painting. The latter course introduces students to art making through historic materials; they begin the semester harvesting pigment from creeks in Petit Jean State Park and making paint from scratch, then use processes like egg tempera and fresco before ending the semester with Renaissance oil glazes.

Lopas is a professional exhibiting artist, even given the time constraints of being a full-time professor. He is in numerous collections, shows work nationally, and is represented locally at Boswell Morout Fine Art in Little Rock. Lopas worked on Self-Portrait at Hendrix between classes for a semester, hoping to capture his love for the Art Complex’s Drawing studio. He designed the space as a new professor, alongside his wife, painter and Educational Consultant Susan Clark, and has taught within it for almost two decades. Lopas particularly wanted to capture the room’s large mirror and the refracted rainbow light, which spills through the building’s clerestory.

The portrait consists of four pieces. Rather than merely looking out and painting what is directly before him, Lopas turn his gaze as he paints, moving from one distant point to another. He finds inspiration in panoramic paintings, a phenomenon begun by the Romans which reached prominence in the 19th Century. Lopas currently leads a group of artists interested in this art form entitled Painting 360 – Contemporary Variations of the Painted Panorama.

Strawberry Slice
The Eye Is Not Satisfied With Seeing