Home » Art » Self Portrait with Crow

Self Portrait with Crow 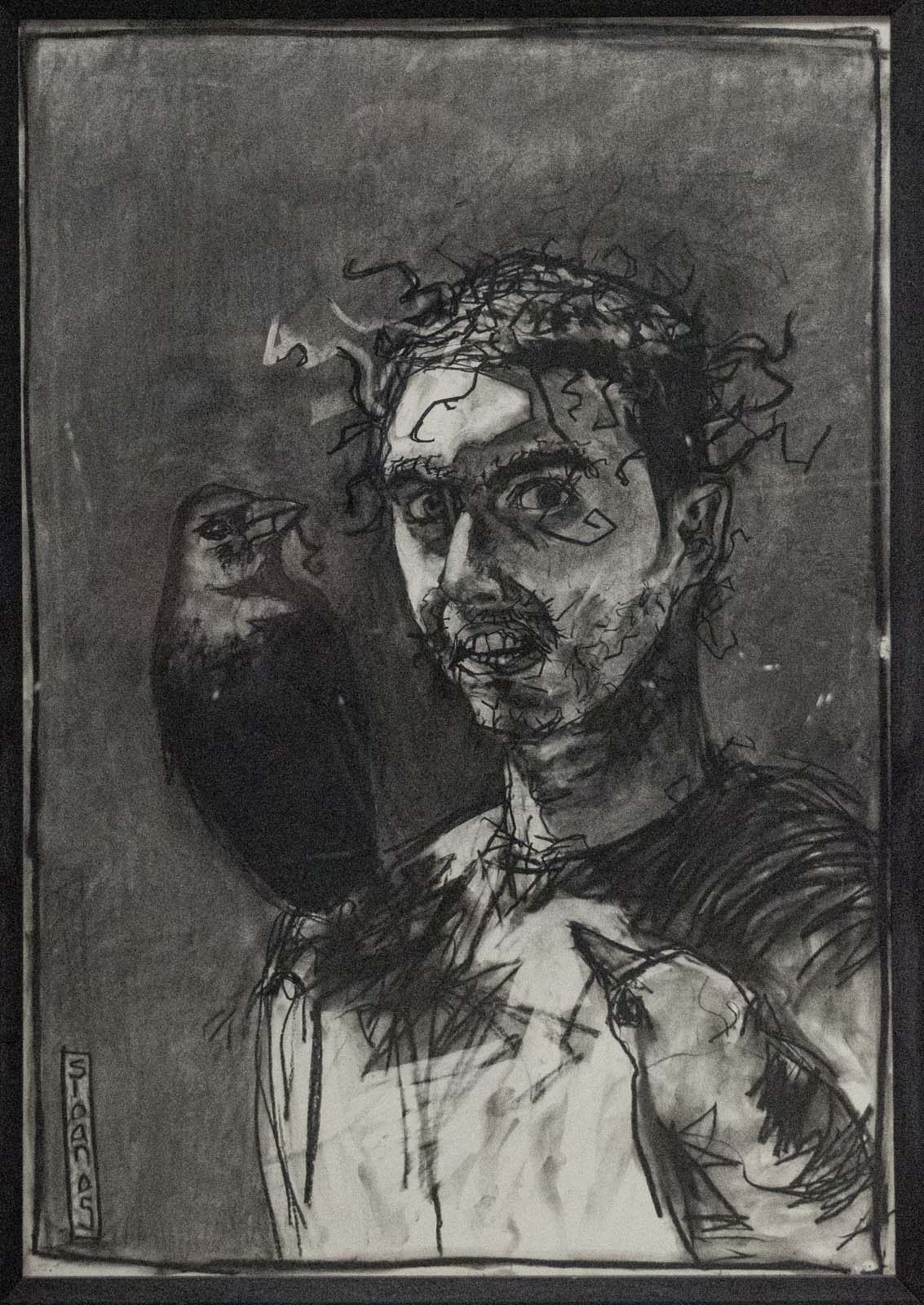 Michael Sloan knew he wanted to attend Hendrix College from a young age. He appreciated the college’s academic reputation and felt its community values aligned with his own. As a Hendrix student, Sloan worked closely alongside Professor Matthew Lopas to sharpen his passion for oil painting and his artistic technique. He describes Lopas as an invaluable instructor, whose mentorship became the most significant element of his undergraduate academic career. In addition to taking courses in the Art Department, Sloan routinely submitted work to the Aonian and won first place in the publication’s Murphy Visual Arts Contest.

Sloan created Self Portrait with Crow in 2005 as part of his senior thesis exhibition. He describes the work as satirical and self-deprecating overly dramatic but aware of this melodrama. The piece looks inward, attempting to express the anxieties and difficulties of the human condition. This element of reflection underscores all of Sloan’s work.

Sloan graduated from Hendrix in 2005 with a BA in Studio Art. In 2013, he earned an MFA in Studio Art from American University in Washington D.C. He now lives in Fayetteville, Arkansas with his wife and young son, where he runs a bespoke casework shop and paints intermittently when the time can be found.