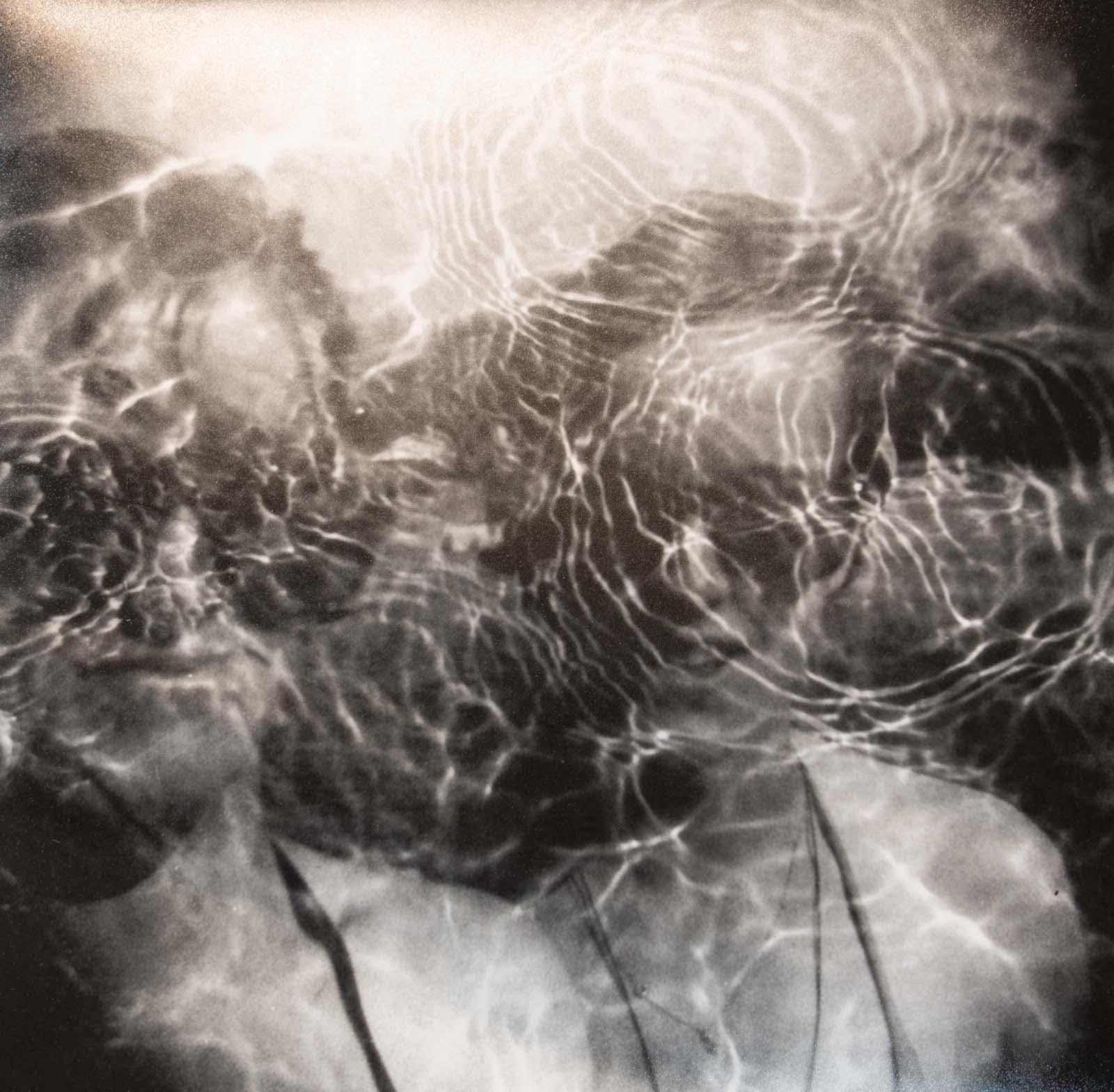 Anthony Lucio created Spring Double Exposure during his senior year at Hendrix, specifically as his final project for Professor Maxine Payne’s Alternative Processes photography course. As a photographer who generally works in abstraction, Lucio challenged himself to improve his photographic portraiture, while still retaining elements of abstraction and narrative. This piece features two pictures on the same negative, one of a kiddie pool – set up on Front Street’s back lawn – and one of Lucio’s friends, two fellow Hendrix alumni. He took an initial picture, and then – without advancing the film – took a second picture over the first. Though the piece required many filters and a long exposure time, it remains one of Lucio’s favorite works, largely because of the memories attached to its creation.

Lucio graduated in 2011 with a major in Psychology and a minor in Studio Art. During his time at Hendrix, he took many photography courses and served as a committee member of the Aonian. After graduation, he spent two years working with Teach for America in Pine Bluff before returning to Hendrix as an Admission Counselor. He now works as a Pediatric Occupational Therapist in Denton, Texas.