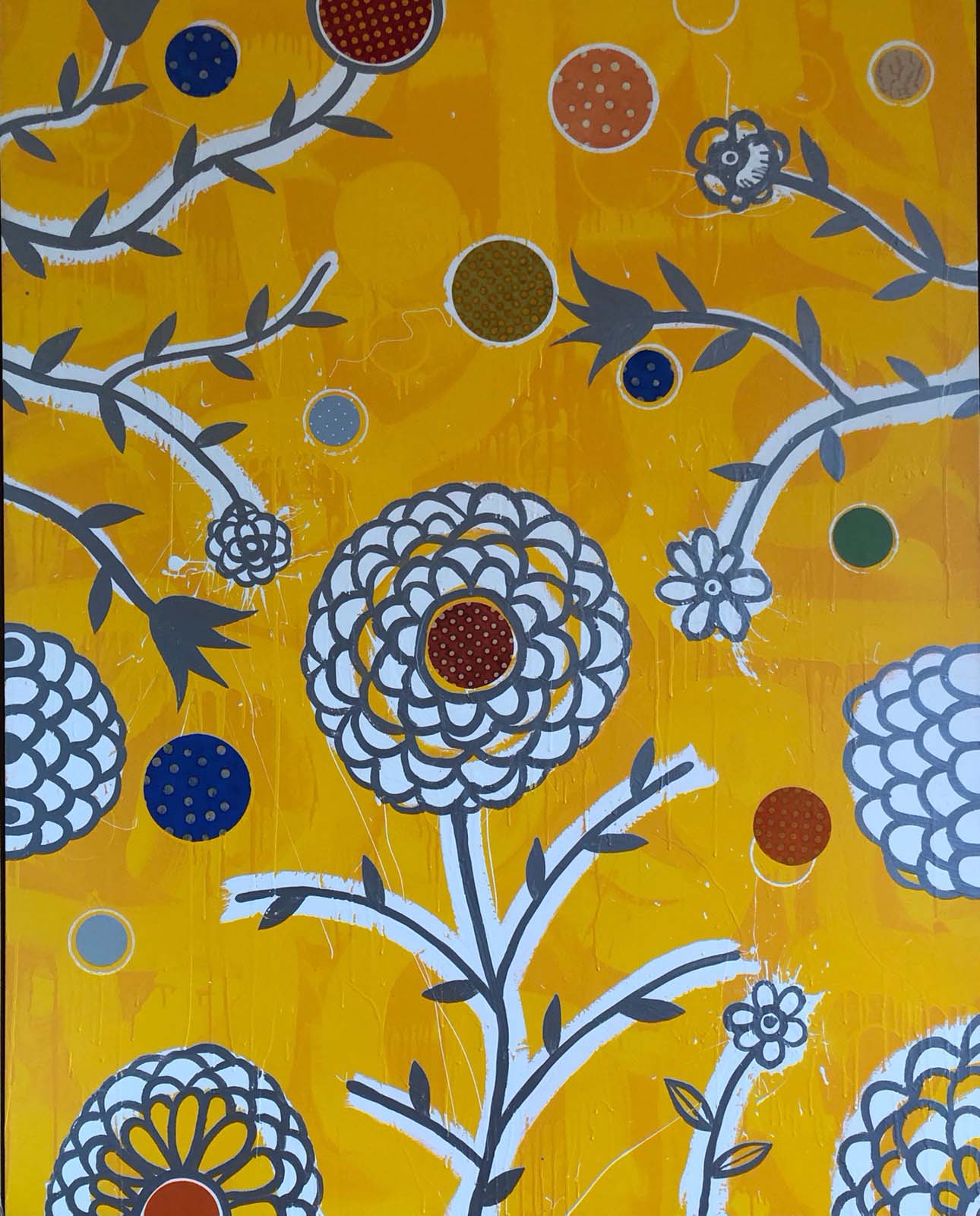 Dan Rizzie was born in Poughkeepsie, New York but graduated from high school in New Delhi, India. The son of a diplomat, he moved around frequently and had attended American international schools in India, Egypt, Jordan, and Jamaica. When it came time to attend college, Hendrix was one of the two schools to which Rizzie applied. He had never been to Arkansas, but the college piqued his interest after reading about it in a popular magazine.

Hendrix provided Rizzie’s reintroduction to America after three years abroad, and the process was disorienting. Rizzie was in a different hemisphere than his family and hardly recognized the political scene he entered. Some Hendrix students held anti-war protests on campus, while others left to enlist in the Armed Forces.

When he first arrived at the college, Rizzie joined Hendrix’s competitive swim team and spent lots of his time with the program. However, Robert Courtway, his swim coach, soon realized that Rizzie actually belonged in the Art Department and handed him over to Professors Don Marr and Bill Hawes. The department soon became his second home, and Marr and Hawes served as valuable, accessible mentors. Rizzie describes Marr as “the master of Art History” with a technically astute, realistic painting style. Hawes provided an interesting counterbalance, emboldening students to experiment with their strangest artistic ideas. For Rizzie, who was interested in abstraction and the contemporary art world, this encouragement became pivotal to developing his artistic style.

Before graduation, Hawes suggested that Rizzie apply for graduate schools and urged him to submit applications. After earning his Studio Art degree from Hendrix in 1973, Rizzie attended Southern Methodist University. In 1975, he earned an MFA in Painting from SMU’s Meadow’s School of Art. His senior exhibition achieved widespread success and was favorably reviewed by Dallas art critic Janet Kutner.

During graduate school and for two years after, Rizzie held odd jobs within the Dallas art scene, teaching, working in galleries, and driving trucks of art around Texas. However, his work soon achieved notoriety. In 1976, he was included in a major show of Texas artists at the Dallas Museum of Fine Arts and earned an award from juror Christopher Wilmarth. The following year, his work was featured in an exhibition at the Modern Art Museum of Fort Worth. From there, Rizzie enjoyed a 13-year career in Dallas, earning widespread critical and commercial success.

In the mid-1980s Rizzie set his sights on New York and soon moved up north. He now lives in Sag Harbor, New York. Rizzie’s art has reached international acclaim and currently resides in the permanent collections of the Museum of Modern Art, the Metropolitan Museum of Art, and the Dallas Museum of Art, amongst others. In 2015, The University of Texas Press published Dan Rizzie, a monograph of the artist with interviews and essays on his work. In 2018, he released Bird on a Blade in collaboration with musician Roseanne Cash. Rizzie also remains closely tied to Hendrix College and received the Distinguished Alumni Award in 2005.

The Sanctuary represents a combination of Rizzie’s home in New York and the place in Naples, Florida where his father lived. The locations symbolize halcyon for Rizzie and remind him of his father, who passed away around the time of the piece’s creation.

Like much of Rizzie’s art, the piece is abstract but utilizes recognizable, often botanical forms. The work draws on Middle Eastern iconography, with which Rizzie became familiar when living in Jordan, Egypt, and India. His tulip forms, in particular, draw inspiration from the Taj Mahal’s architecture.

Rizzie describes his work as more of a visual poem than a painting of something concrete or specific. The abstract, dream-like images represent an abstract feeling, a moment in his life characterized by heightened awareness and emotionalism.