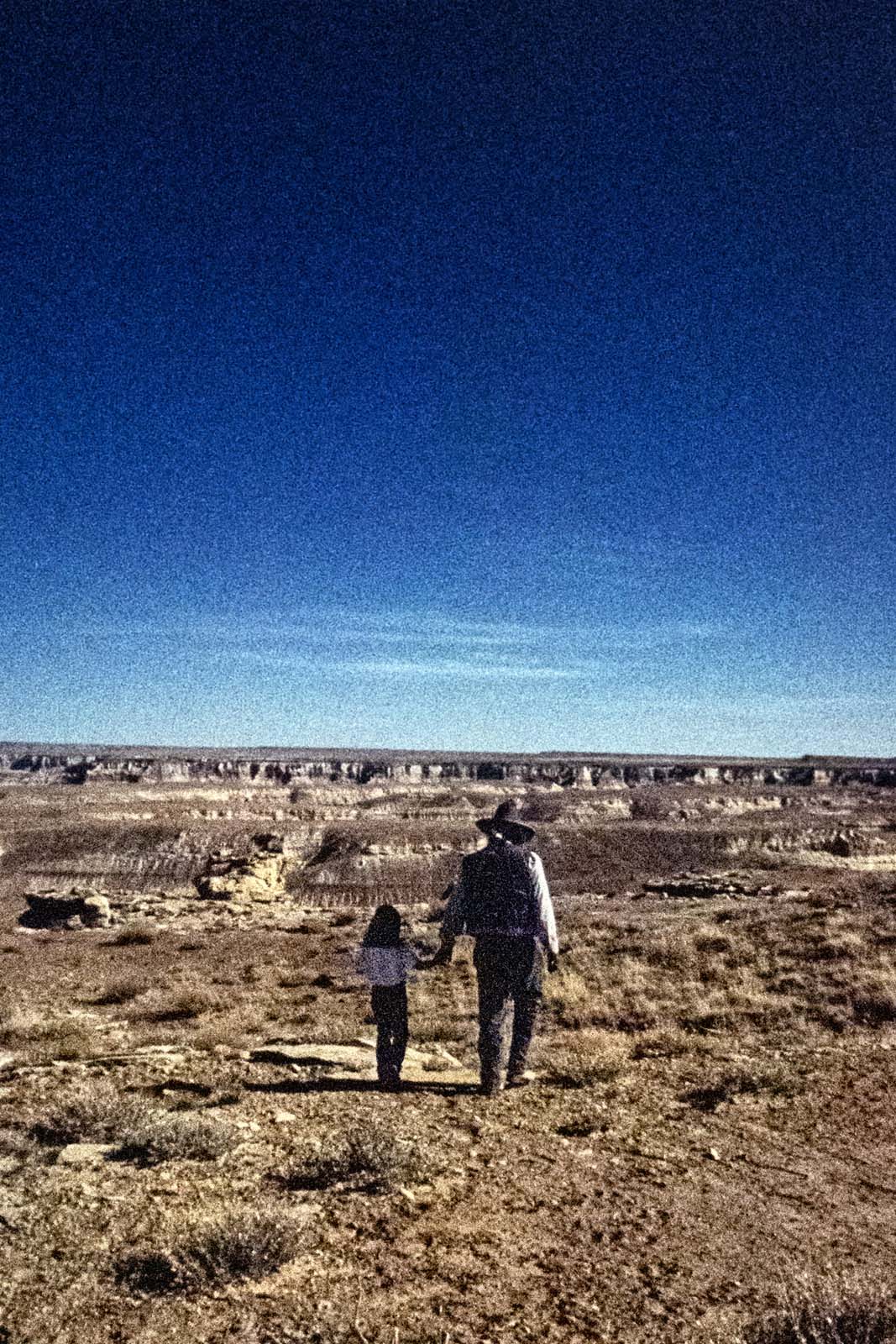 Gary Langston grew up in a small farming community in North Central Arkansas. He chose to attend Hendrix at the recommendation of his minister, who said the college expands students’ intellectual horizons. Langston, who graduated in 1971 with a Psychology degree, found this claim to be true.

After graduation, Langston attended Drew Theological Seminary in New Jersey, where he studied Psychology and Counseling. As a student, he entered a school-sponsored photography competition and won first place in the portrait division, even without formal artistic training. The competition augmented his interest in the medium, and Langston has been taking photographs ever since.

Langston now lives in New Mexico and primarily photographs citizens of the Navajo Nation.  He captured Tuba City, AZ (alternately called The Teaching Continues) on a trip to New Mexico before officially moving there. In the picture, a young Navajo girl and her grandfather stand outside Coal Mine Canyon, which Langston describes as “a desolate and gritty landscape, where the lighting is second to none.”  As they walk, the grandfather tells a story about his ancestors, who avoided undergoing the Long Walk of the Navajo in 1864 by hiding within this very canyon. With this image, Langston captures the resilience and wit of Native Americans, who maintain a colorful, humorous approach to life, even in the face of rampant racism and hardship.

Langston’s work has appeared in Sports Illustrated, the Smithsonian’s National Museum Magazine of the American Indian, New Mexico Magazine, and Cowboys & Indians Magazine. In 1996, he exhibited photographs at the United Nation’s “Habitat Two Conference” in Istanbul, and in 2002, one of his images represented the Navajo Nation in the winter Olympics.

Langston says his greatest creative achievement is being featured in a blockbuster exhibit at the United Nations entitled “Keepers of the Wisdom/Local Cultures, Global Perspectives.” The exhibition, which ran from January to March of 2000, was part of the International Decade of the World’s Indigenous People. Langston’s work in the show was covered by Western Horseman, which called him “a Renaissance man in Wranglers.”

Langston’s forthcoming book, The Navajo, Keepers of the Wisdom/Local Culture with Global Perspectives, will be published by the University of New Mexico Press.

Give Happiness
In Our Time Alone