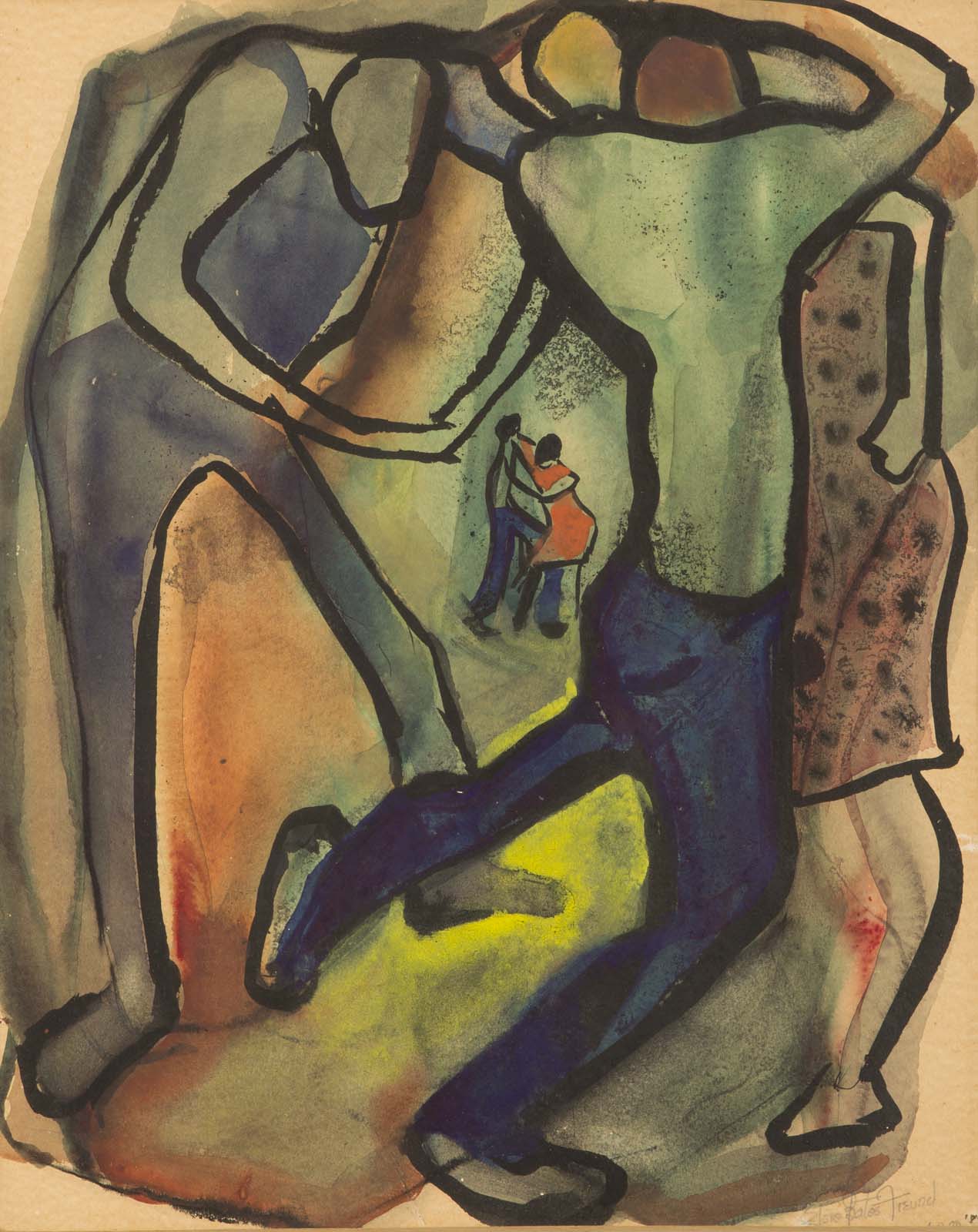 As a young girl growing up on a game preserve in Missouri, Elsie Bates knew she would become an artist. After years of studying in a one-room schoolhouse, she began teaching primary classes at a similar school, as part of a program designed to bring educators into rural areas.  Bates saved the proceeds from this teaching position and used them to attend the Kansas City Art Institute. However, financial woes, augmented by the Great Depression, forced her to leave the program a year later, and Bates moved to Branson to open a gift shop. In the tourist city, she sold walnut shell jewelry and special keepsakes like hand-painted fisherman’s trophies made from plaster casts of live fish.

In 1936, Bates met Louis Freund, a mural painter touring the Ozark Mountains in his Model T. Three years later, the couple married in Hatchet Hall, their new home in Eureka Springs. For the next decade, they led a summer program called the Art School of the Ozarks, in which Elsie taught courses in weaving and fabric design. Since this school only operated in the summers, Elsie Freund was able to continue studying art and took her first ceramics class at the Wichita Art Association in Wichita, Kansas. In this program, she began developing her unique jewelry-making process, which combined glass, clay, and silver.

Louis Freund accepted a teaching position at Hendrix College in 1937 and brought his wife to the department in 1941. The pair transformed the college’s art scene, teaching students that art belonged in their daily existence. By the time Elsie and Louis left Hendrix in 1946, they had established a formal Art Department and laid important groundwork for its continual expansion.

In 1949, the Freunds moved to DeLand, Florida, where both artists worked as Art Professors at Stetson University. In 1953, Elsie earned acceptance into the National Watercolor Society and in 1957, Elsie established her jewelry business when America House, a New York City craft outlet, added her creations to their catalog. The outlet advertised her work in the New York Times and the New Yorker until she discontinued the line in 1964.

After Louis Freund retired in 1967, the couple split their time between Little Rock and Eureka Springs. They established the Eureka Springs Art Gallery that year and pioneered the city’s artistic endeavors. Creative communities across the state continue to reap the benefits of Elsie Fruend’s work, which transformed its cultural landscape and expanded arts education.