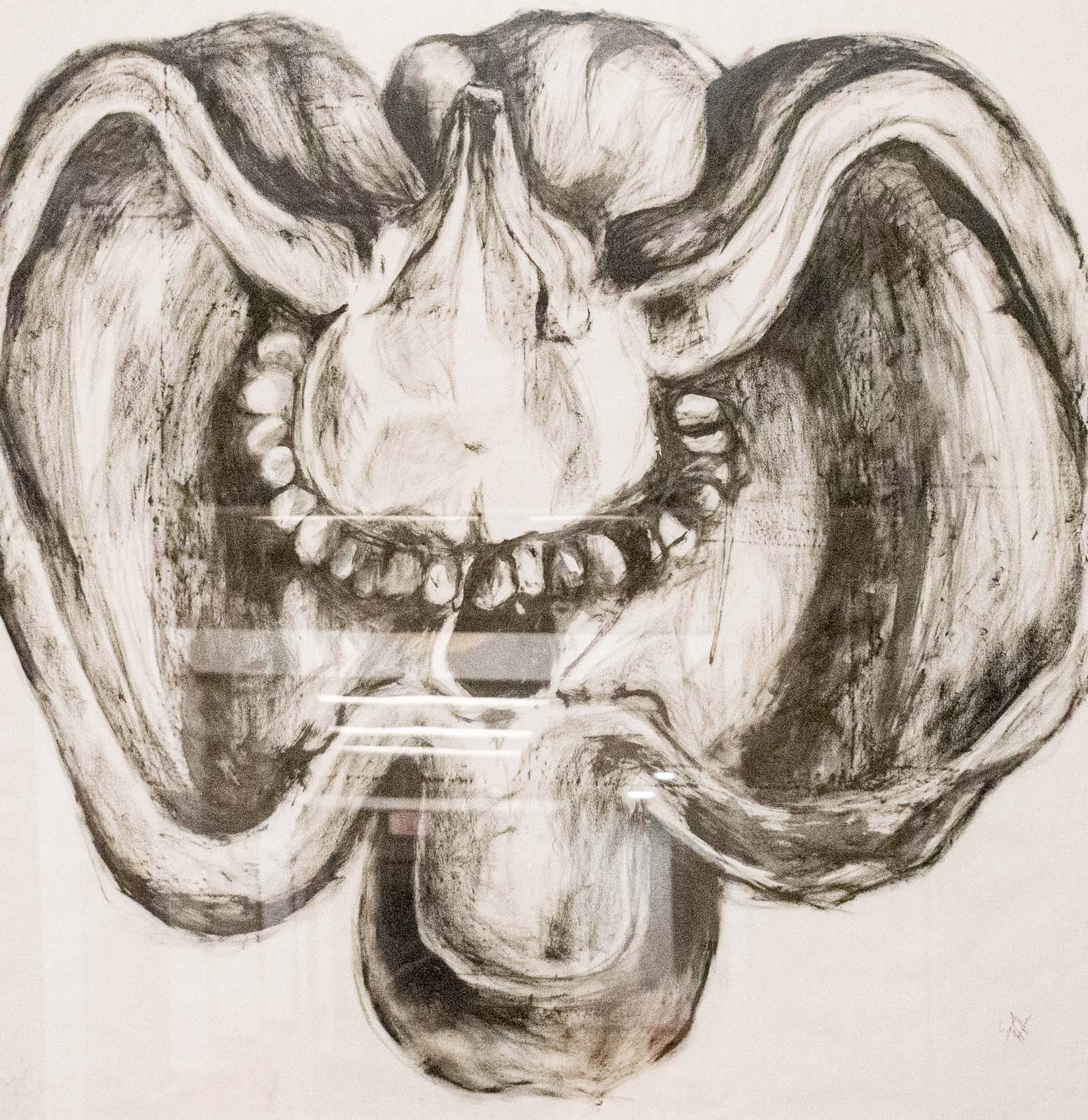 Sarah Hughes chose to attend Hendrix College after participating in Arkansas Governor’s School on its campus. She later spent a weekend at Hendrix as a prospective student and soon realized the school was a perfect fit.

As a Hendrix freshman, she enrolled in Drawing and Painting courses taught by Professor Don Marr, whom students often called “Coach.” Some of Hughes’s favorite courses were Advanced Drawing/Painting with Professor Matthew Lopas and Advanced Wheel-Throwing and Metal Sculpture with Professor Erik Maakestad. During her junior and senior years, she worked with Maakestad as a Student Assistant in the sculpture studio, mixing clay and glazes for his classes and assisting in kiln firings. Her favorite memory from the Art Department is a trip that senior Art majors took to New York City. Her small, tight knit cohort spent a week exploring the city’s museums and galleries.

Hughes gained inspiration for Bell Pepper from a visiting artist workshop led by Hugh O’Donnell from the Vermont Studio Center. O’Donnell asked students to cut fruits and vegetables in half, in order to teach them about creating a composition from nature. Hughes enjoyed this work and produced multiple pieces with this technique. The February after graduation, she reunited with O’Donnell while attending a month-long residency at Vermont Studio Center.

Hughes graduated from Hendrix in 2002 with a BA in Studio Art. She now lives in Fayetteville, Arkansas and sings for the Sarah Hughes Band. In addition to releasing both live and pre-recorded albums, she is the recipient of several Northwest Arkansas Music Awards, including Female Singer/Songwriter of the Year and Album of the Year. In 2009, she was inducted in the Northwest Arkansas Music Hall of Fame, and her band received the same honor in 2012.