Home » Art » Working Women: Brought to You by the Pill

Working Women: Brought to You by the Pill 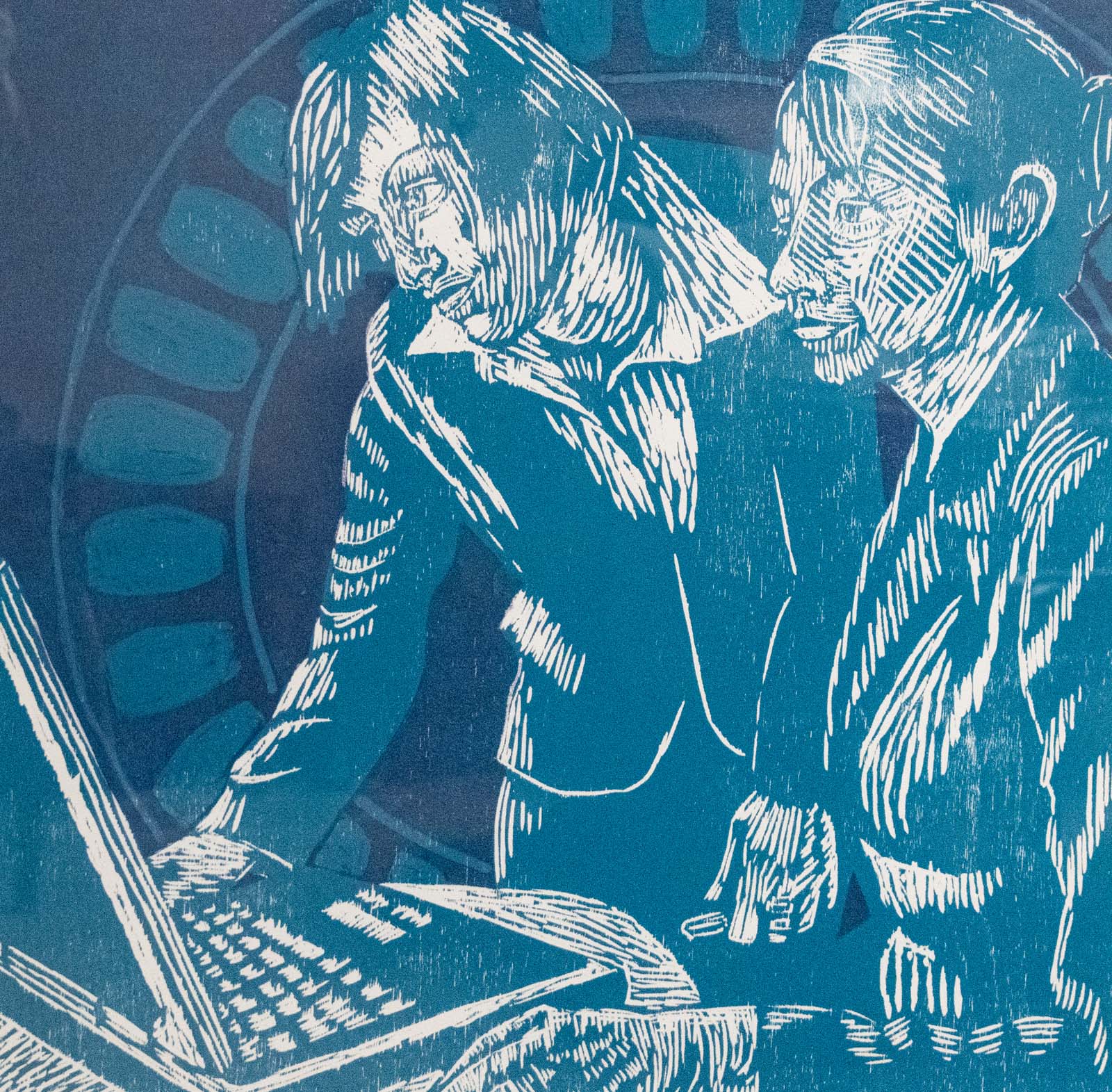 Jennifer Afton Cooper graduated in 2010 with a Studio Art major and Biology minor. She regularly submitted art to the Aonian and participated in student shows held by the college’s Art Club. She also served as an Art Gallery Intern with the Cox Center in Little Rock, Arkansas.

Outside of the Art Department, she cohosted a weekly show on KHDX, the college’s student radio station. During her senior year, Cooper planned concerts and programming as the station’s Music Director. She also travelled to Rwanda with the Politics faculty to explore the post-genocide nation.

Cooper created Working Women: Brought to You by the Pill as part of her senior thesis exhibition. Her work combines her two areas of academic interest, art and science, by examining the prevalence of prescription drug use. She hoped to highlight Americans’ hyper-dependence on pharmaceuticals, while suggesting this reliance is evidence of a cultural fear of death.

Her work is influenced by German Expressionist woodcut artists like Käthe Kollwitz, whose work evokes a profound emotional response, regardless of its limited marks and compositional simplification. Kollwitz’s bold colors and lines also create a starkness which augments visual interest. Woodcuts have historically served as a tool for social critique, a function which Cooper seeks to adopt.